The Council approved the funding at a semi-monthly meeting earlier this month.

Included in the funding are a dune habitat restoration project, a salt marsh adaptation project, and restoring coastal habitats and increasing stewardship at Common Fence Point. Another project seeks to improve in-water and bank habitat on the Woonasquatucket River.

According to CRMC, funding was awarded to Save The Bay and its project partners (including CRMC) for salt marsh adaptation and restoration monitoring at Ninigret and Quonochontaug sediment placement projects.

The salt marshes at both locations have been impacted by accelerated sea level rise, and prior to restoration showed signs of significant degradation, including areas of standing (impounded) water, die off areas, and an eroding peat layer.

The CRMC coordinated two elevation enhancement projects at Ninigret marsh in 2017 and Quonochontaug marsh in 2019, which included placement of sediment via dredging to raise the marsh surface elevations and increase marsh resiliency to sea level rise.

Together they have conducted adaptive management at these two marshes including restoring tidal hydrology through grading the placed sediment, excavating creeks and runnels, excavation, planting salt marsh grasses, and managing invasive plants. 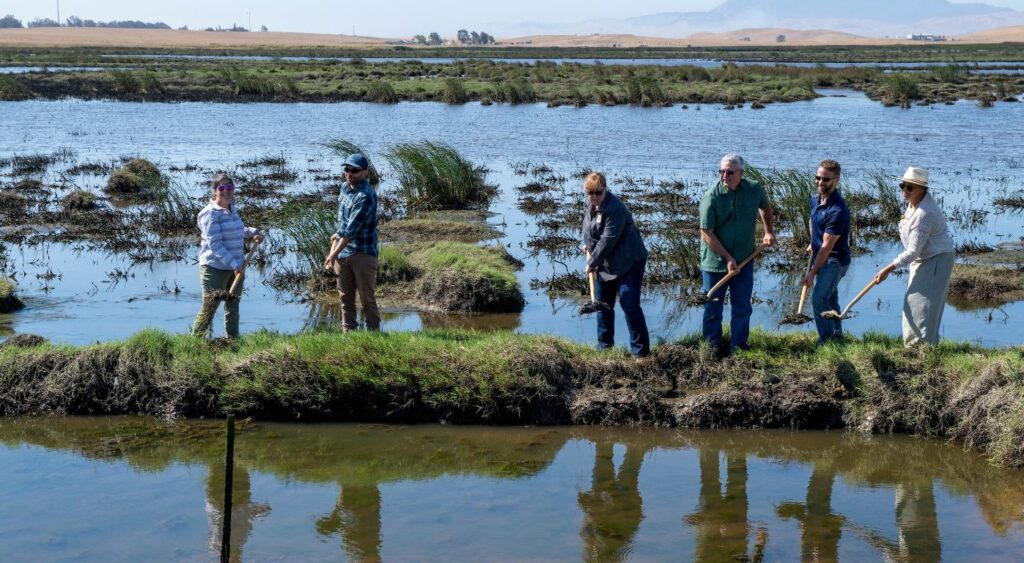