The OHM, a privately owned marina by Harrison Kahn and his brother Devin Kahn, is located in Outermost Harbor on the ocean side of Chatham, or what is commonly referred to as the “elbow” of Cape Cod.

Three years ago a break in the northern extent of the South Island beach formed, causing continuous shoaling from the beaches north of the marina’s entry and, as a result, this shoaling filled the marina’s channel with sand causing a navigational hazard.

While there is a county dredge program in place, the wait time is long, and the Kahn brothers knew that an improvement project to open the channel at the marina was top priority and they could not wait.

Two years ago in an attempt to dredge the channel they purchased a Dino 6 hydraulic dredge with a cutterhead mechanism, but what they soon learned was the dredge could only progress in straight lines making 6ft cuts at a time. According to Harrison, “as much as we tried, it just wasn’t working”.

After much research, one year ago they came to learn about and rented a DSC Shark Class dredge. In as little as two months with the use of DSC’s Shark their project was complete.

Harrison added that DSC’s Shark was the right choice, “it went above and beyond our expectations, the dredge not only gave us the capability to dredge larger areas with fewer swipes, but we were able to move more than 60,000 cu. yds. of material, in very little time. Compared to the Dino 6 we originally purchased the Shark was a thousand (1000) times better”.

It has a conventional dredge-operating configuration with a modular design for easy transport. The Shark is unique in that it offers the features of a larger dredge in an exceptionally portable design. 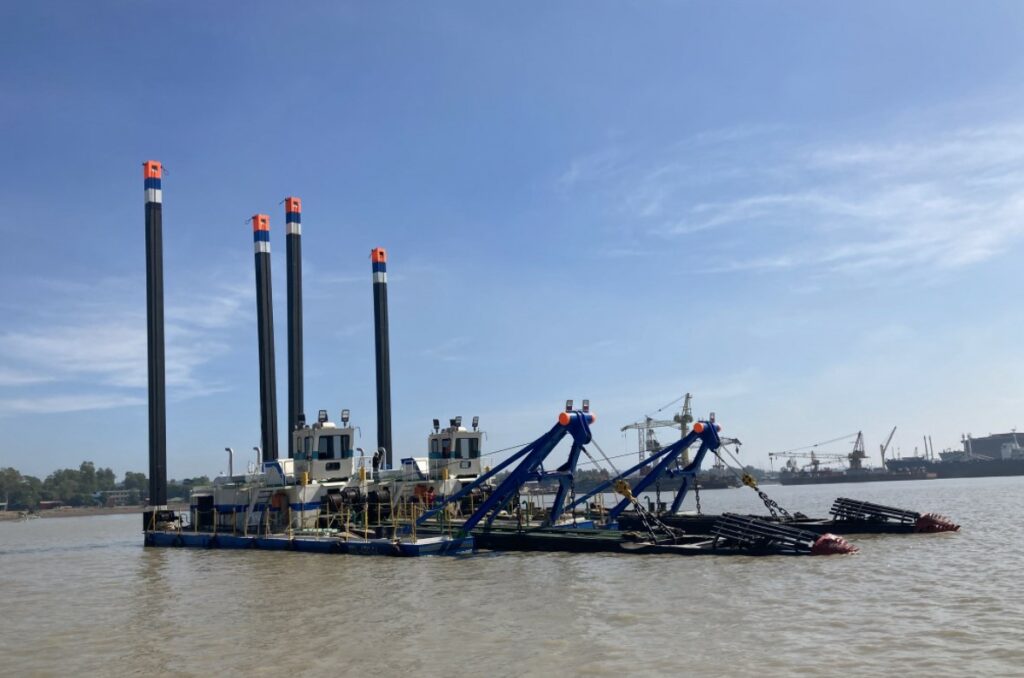