The Southsea Coastal Scheme, responsible for delivering new sea defences along 4.5km of seafront from Old Portsmouth to Eastney, has just released the latest project update.

“This week sees us taking delivery of 5,600t of rock from Norway that will be used to create the revetment at Frontage 1 (Long Curtain Moat),” according to the official announcement.

“A coaster used to ship the rock has anchored in the Solent whilst a barge and tug brings the rocks closer to shore for offloading and stockpiling directly onto the beach, ready for the works to commence,” the statement reads.

After this week’s delivery is complete, the coaster will return to Norway and return with more rock later this month, taking the total of rock to more than 11,000t.

The rock is Anorthosite, which has a density of more than 2.6t per m3. This makes it incredibly heavy and durable – both key characteristics for a rock armour defence. 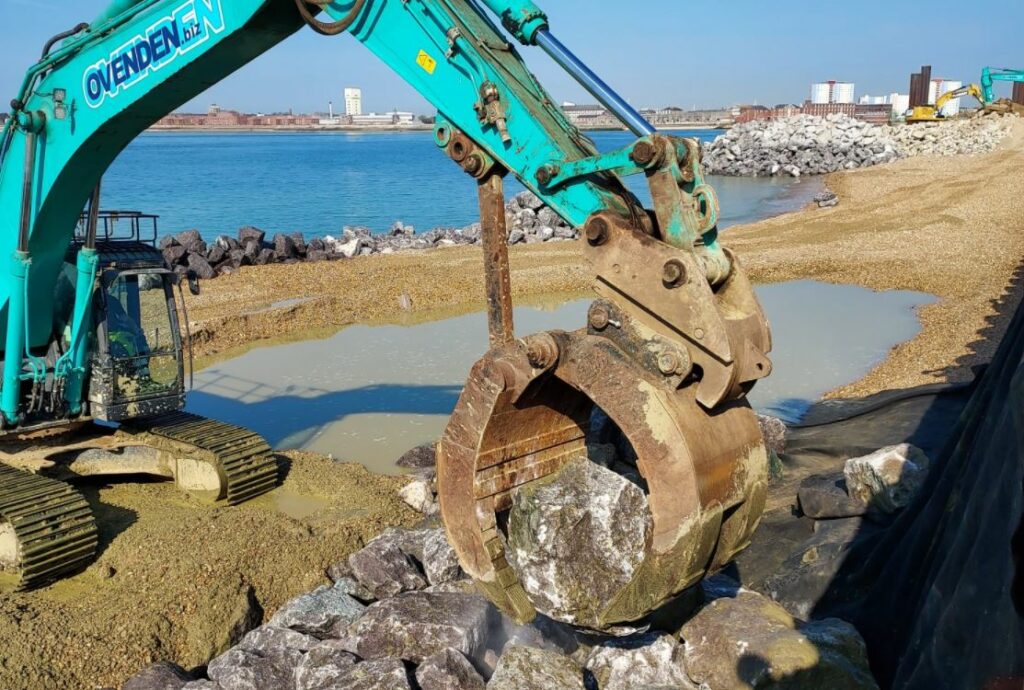