According to the officials, Great Lakes Dredge & Dock has completed the dredging/pumping phase of the project a few days ahead schedule.

“The hopper dredge Liberty Island delivered the last load of sand yesterday to tie in just east of the Eastern Regional Access with the beach fill of the Ellis Island,” the Shore Protection Office said.

That’s roughly 220 and 115 total loads of sand for the Liberty Island and Ellis Island, respectively; or 9.4 linear miles of beachfill and over 2 million cubic yards of sand delivered since February 27, 2021 onto far western and central/east Emerald Isle.

The Shore Protection Office also added that demobilization of pipe, bulldozers and other yellow steel, sleds, sheds, and even the CRAB is in full swing. This should take a week or two to fully complete. 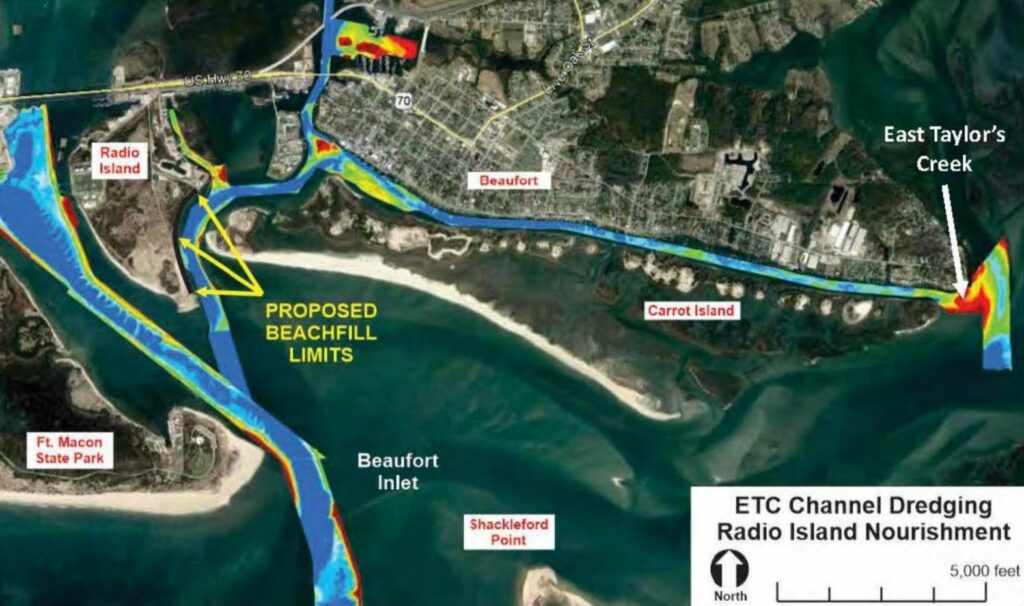