Murray and Serpentine dredging about to begin

The Government of Western Australia’s Department of Transport (DoT) is about to begin work to restore safe navigation depths where the mouths of the Murray and Serpentine river meet in the Peel Inlet.

DoT Maritime Executive Director, Steve Jenkins, said that the maintenance dredging, last completed nearly 20 years ago in 2004, would start next week and was expected to take three months.

He also added that the Department of Water and Environmental Regulation (DWER) had granted a dredge licence for the project allowing work between May and August in consideration of the Peel Inlet’s peak seasonal timings for public enjoyment, bird migration, fishing and crabbing.

“The project will see approximately 30,000 cubic metres of sand taken from the river channels and pumped through a series of floating and submerged pipes before being deposited underwater in the Peel Inlet 500 metres north west of the river mouths,” Mr Jenkins said.

“Dredging is vital for continued safe passage for residents, recreational vessels, and commercial craft through these well-used waterways.

“Since the last dredging campaign there has been a gradual build-up of material and dredging is again required to re-establish safe navigable depths in the channels.” 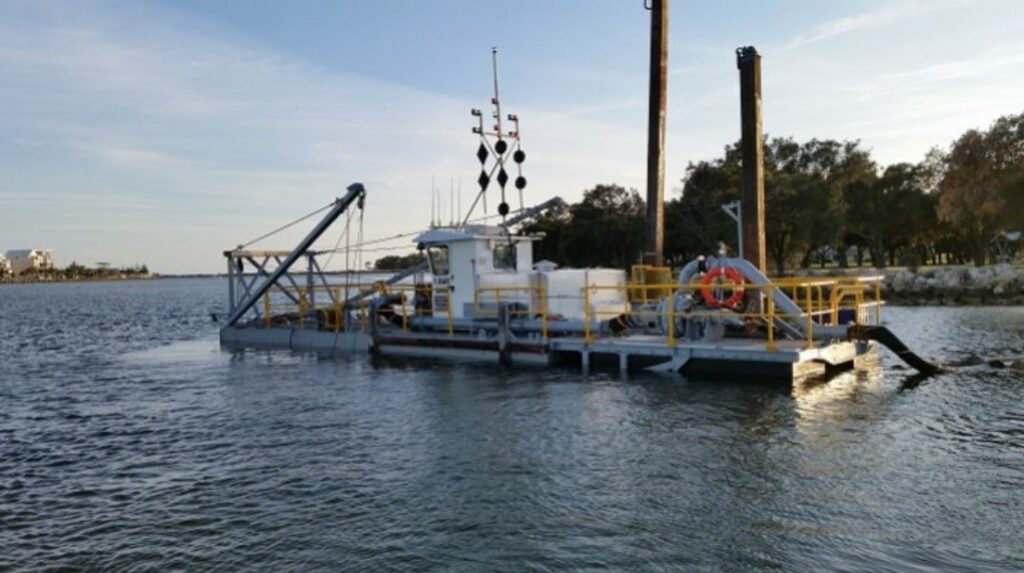 Largest ever Mandurah campaign completed
Posted: about 1 month ago
Work starts on the Carnarvon One Mile Jetty project
Posted: 2 months ago
Maintenance dredging about to begin in Denham (WA)
Posted: 8 months ago
Advertisement
Related jobs