Thousands of tonnes of silt are being removed from the bed of the River Medina to increase the depth of the navigable channel, Isle of Wight Council informs.

According to the council, dredgers are returning to the Newport Harbour for the first time since the 1970s.

Under the £370,000 contract, the contractors Jenkins Marine will carry out this very important cleanup work.

Councillor Wayne Whittle, Cabinet member for regeneration at the Isle of Wight Council, said that the project supported the Newport Harbour regeneration masterplan: “This investment is essential in ensuring the harbour’s future as an integral part of Newport’s offering to residents, businesses and visitors alike.”

“The harbour is a key part of our regeneration plans for the town – maintaining navigation along the river will allow its continued use as a recreational and commercial waterway.”

The 1988 (and 2021) Harbour Revision Order gives the council the powers to dredge. The authority has secured a licence to allow the disposal of the material to an approved location at sea.

“We are delighted to be working with the Isle of Wight Council to undertake the dredging works and recognise this is an important step in the regeneration of the harbour,” added Dan Jenkins, director of Jenkins Marine. 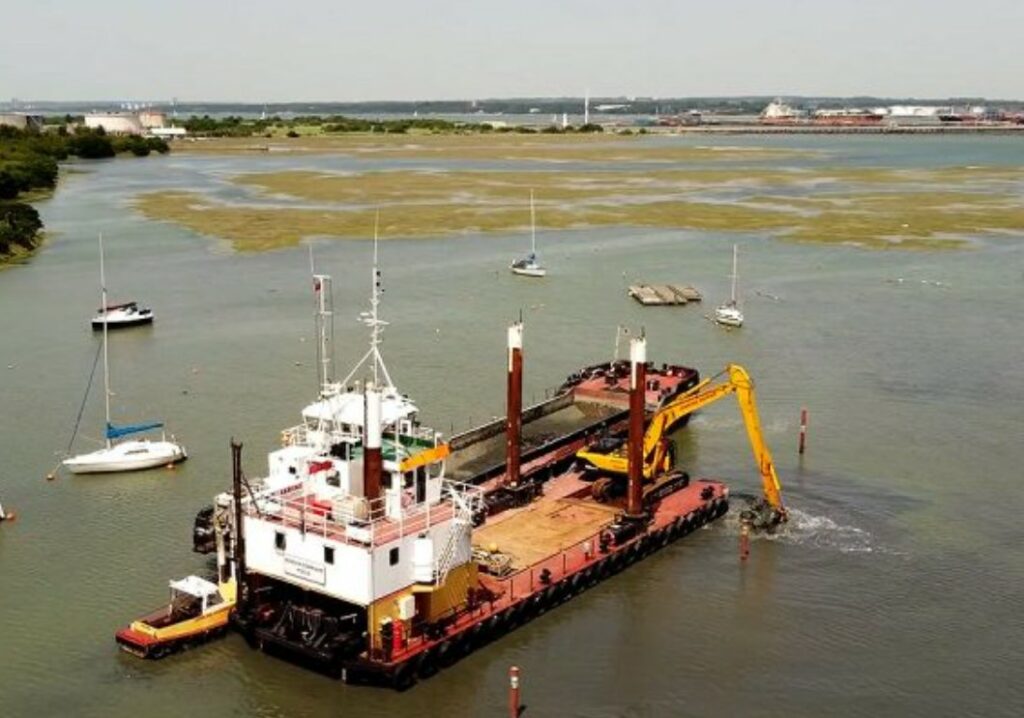