The nearly billion-dollar project will create safer and more efficient navigation for the ships and vessels, calling the more than 200 private and eight public terminals that comprise the Port of Houston.

“Our port serves as the anchor for the Texas region,” Port Houston Chairman Ric Campo said. “Expanding the Houston Ship Channel to accommodate the growth of vessel calls, vessel sizes, and cargo needs for customers and consumers will continue providing over 3.2 million jobs and $802 billion in economic value to the nation.”

“The Army Corps of Engineers looks forward to continuing to partner with Port Houston to deepen and widen this lifeline for our nation’s exporters and importers. Port Houston is a perfect example of ‘if there’s a will, there’s a way,’ said USACE Galveston District Col. Timothy Vail, who delivered remarks during Monday’s groundbreaking ceremony, underscoring its importance.

Chairman Campo recognized the support and collaboration “of hundreds of stakeholders” including “the steadfast advocacy of our local and Congressional delegations, the leadership of Col. Vail and his team, the vision of the Port Commission, and the expertise of our contractors, designers, and Port Houston staff” to reach this milestone.

The first Project 11 construction contract was awarded by Port Houston at the April Port Commission meeting, and will prepare the site to receive dredge material as the channel is expanded.

In addition, more than half of the total $24 million in contracts approved at that meeting were to support Project 11 efforts, further demonstrating the Port Commission’s continued efforts towards stewardship of the channel. 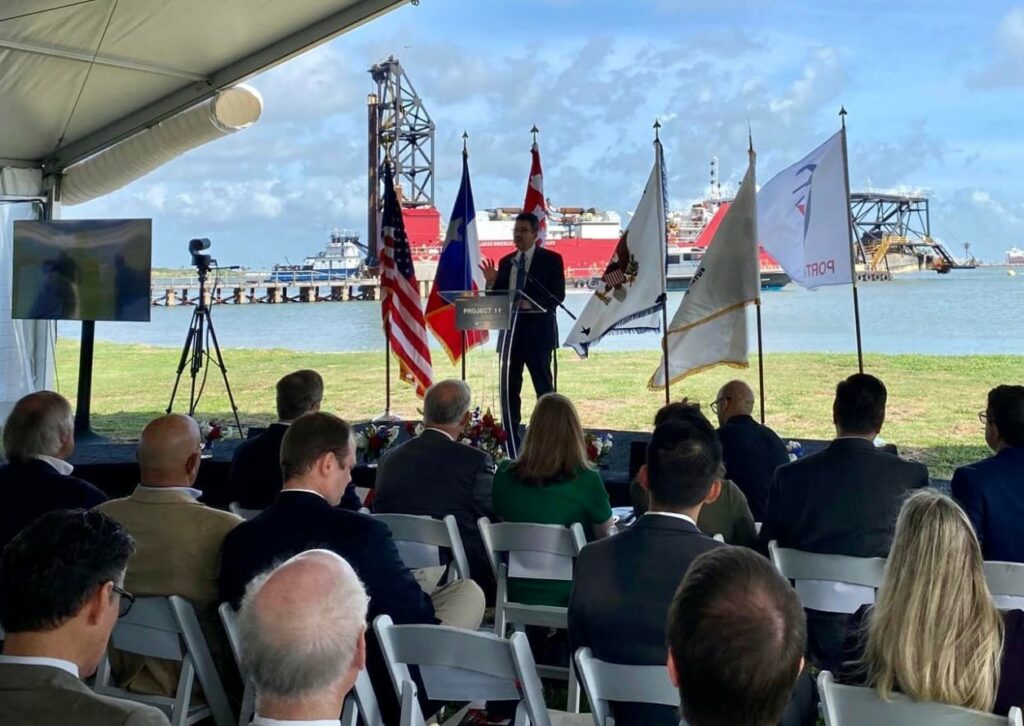