According to the city officials, Manson wrapped up this annual dredging campaign on May 11th.

The estimated volume of sand that was removed during the work is 320,000 cubic yards, but a final total is to be confirmed by the Corps.

Dredge vessel HR Morris departed the work site on May 12th. The pipeline behind North Coast Village is scheduled for removal on Friday, May 14th.

Officials also added that plastic pipe will be floated off the beach early next week (May 17th) depending upon weather. The City beach will be graded as soon as all pipe has been removed.

The office trailer and dredge crane will be towed from the Harbor on Friday, May 21st. All demobilization operations are expected to be completed by May 21st. 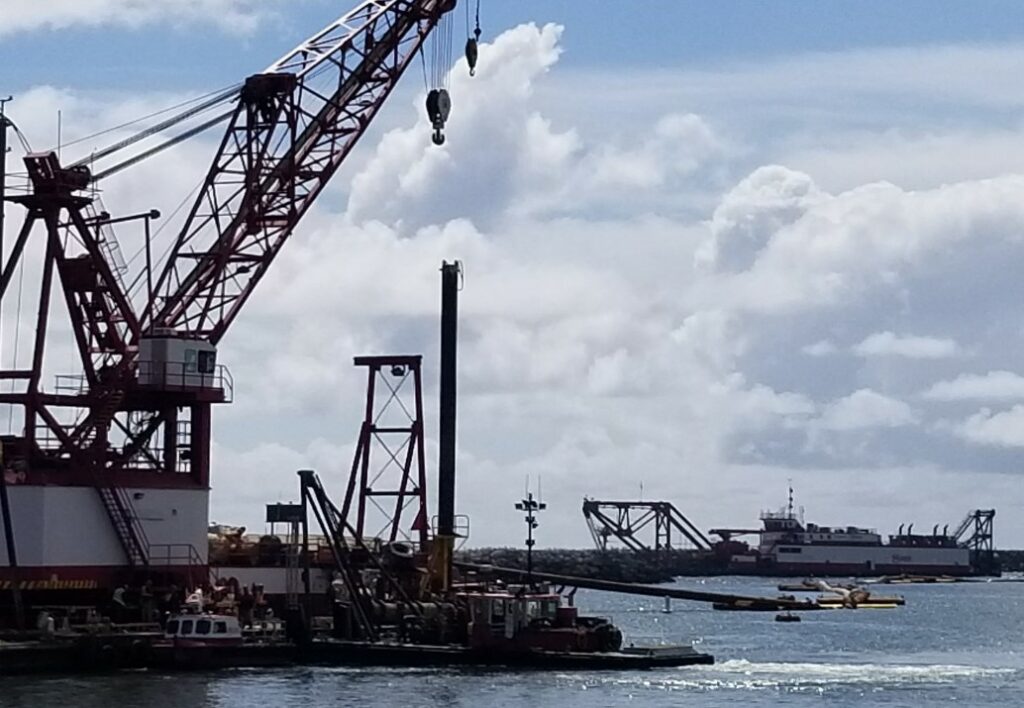