All set for renourishment program at Jimmys Beach

The Jimmys Beach Sand Transfer System will be used to create a sand buffer along the beach, in preparation for winter weather events.

MidCoast Council contractors CCB Envico will be running the renourishment program and expect to start pumping from this Thursday, May 20.

The Sand Transfer System uses pumps to take sand from the stockpile at Winda Woppa and distribute it on the most vulnerable part of the beachfront.

Jimmys Beach is one of 12 identified coastal erosion hotspots in NSW and previous sand renourishment programs have proven successful in limiting the level of erosion from storms.

Council said that the system is not designed to stop the erosion, but to provide a sacrificial sand buffer along The Boulevard.

“We have a beach management program in place for Jimmys Beach and it uses a combination of operations for  sand replenishment, with trucks and excavators as well as the sand transfer system,” explained Rob Scott, Council’s Director of Infrastructure and Engineering.

“Every year we work to provide sand buffers along the pinch point in preparation for east coast lows that severely impact our beaches in winter.

“Thanks to an extensive dredging operation of the eastern channel of the Myall River last year, we have a great stockpile at Winda Woppa to work with, allowing us to make the most of the sand transfer system for our first major sand transfer campaign since the system was commissioned.”

Mr Scott also added that “it’s been a tough 12 months for Jimmys Beach with more storms than usual throughout summer which is usually when the beach has a chance to replenish itself.” 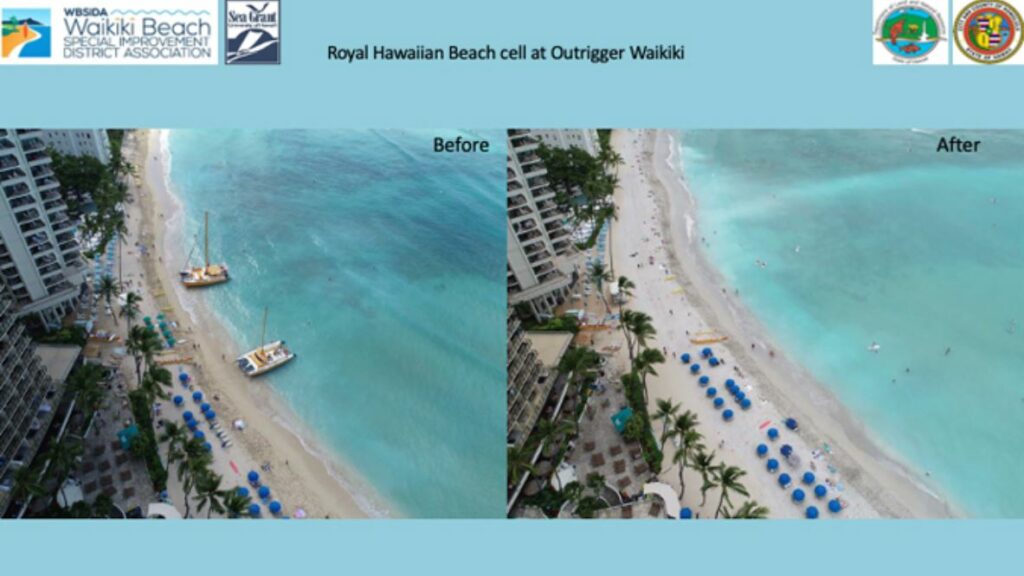