Louisiana Senator Bill Cassidy visited the Port of Morgan City yesterday. While there, he toured the Bayou Chene Floodgate Project and viewed the port’s new dredger.

“The Bayou Chene Floodgate Project is a local solution to protect against flooding,” said Dr. Cassidy. “Good for us all that the St. Mary Parish Levee District and Port of Morgan City got this done.”

The Bayou Chene Floodgate Project received $80 million from the Gulf of Mexico Energy Security Act (GOMESA), of which Cassidy has been a major champion.

According to the St. Mary Levee District, the project is “under budget and on time,” and will protect hundreds of thousands in south Louisiana from backwater flooding due to riverine flooding.

Additionally, Cassidy saw the port’s new dredger, which came to fruition with the Senator’s support.

The dredger is designed to take up fluid mud in order to support the Bar Channel. 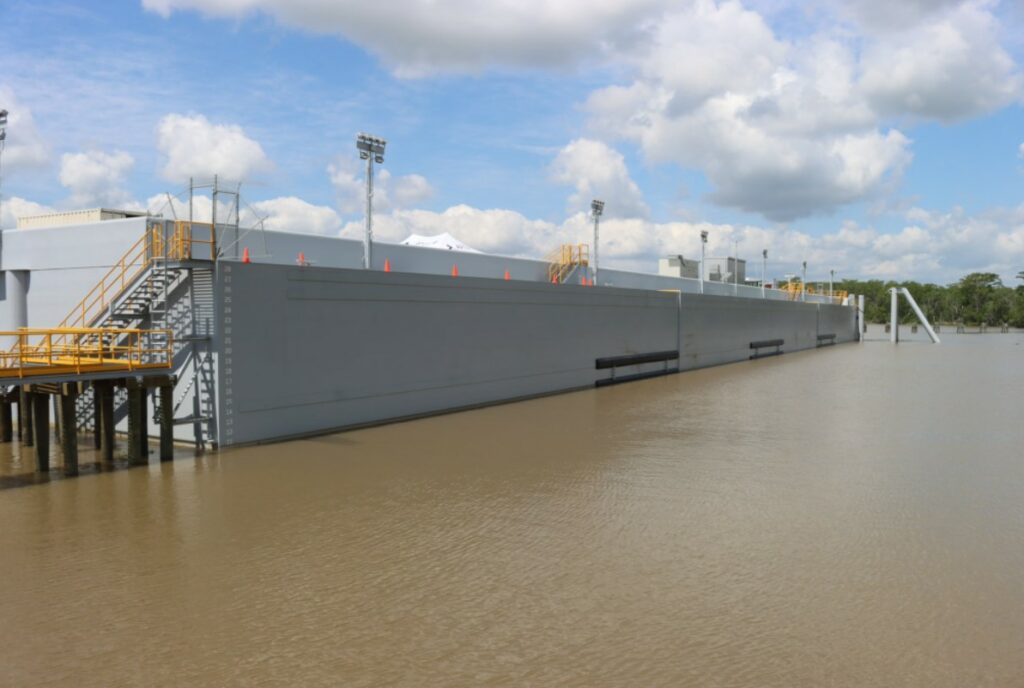