This June, IADC will organise their third Meet the Experts webinar, this time the topic is about the importance of sustainability in dredging.

In this webinar, taking place on June 16, the topic of sustainability in dredging will be linked to the Saly Coastal Protection Project in Senegal. Van Oord was called in to reinforce and revitalise the coastline.

Saly Portudal is one of the coastal communities worldwide suffering from sea-level rise and the other negative effects of accelerated climate change. The project, which encompasses the touristic area of Saly, aims to protect people, houses, economic and cultural infrastructure in the region against coastal erosion.

The rocks were sourced from a local quarry and installed using dry earth moving equipment. The sand was dredged in an offshore borrow area with the trailing suction hopper dredger Dravo Costa Dorada and pumped ashore through a 2.5-kilometre-long floating pipeline.

Maarten Meeder and Joffrey Cary of Van Oord will explain the biggest challenges and impact on the environment during the execution of the project as well as how Van Oord implemented sustainability in this project. The webinar is free of charge. 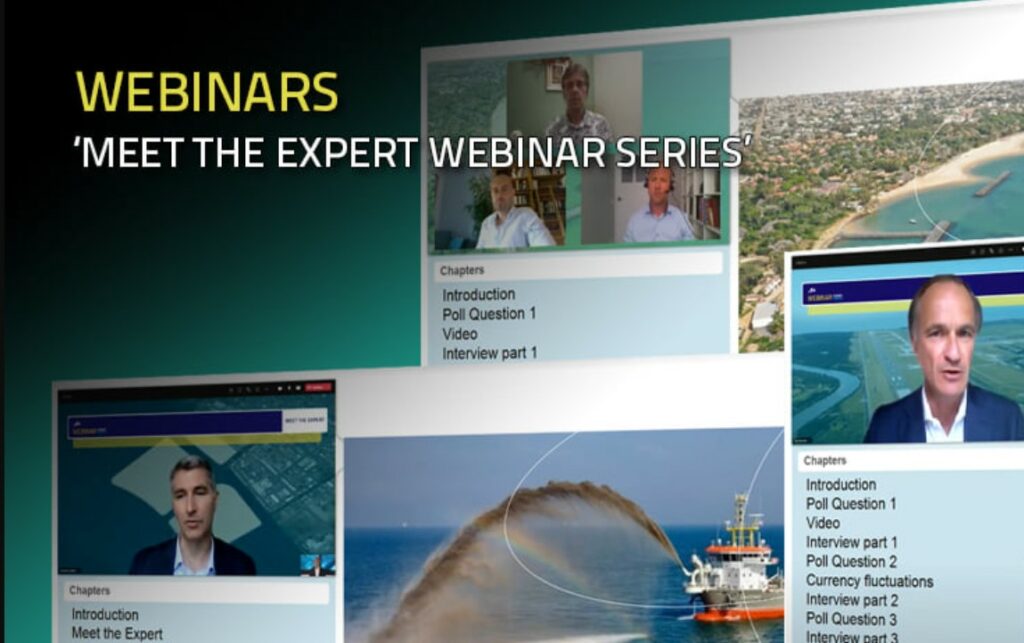