Coastal Partners have just announced that the Long Curtain Moat project has been nominated in the Constructing Excellence SECBE Awards.

Long Curtain Moat is one the last surviving parts of Portsmouth’s town fortifications and is therefore a very important part of Portsmouth’s local heritage. Portsmouth was the only British town where moat defences were adopted.

With the historic significance in mind, the Long Curtain Moat project involved crucial heritage and enabling work, undertaken from September 2019 in preparation for the start of the Southsea Coastal Scheme – the UK’s largest local authority-led coastal defences project.

Work included repairs to the inner moat walls as well as preparation work for the new sea defences.

The Long Curtain Moat project has been fundamental to preserving Portsmouth’s nationally significant heritage and crucial to maintaining coastal defences. Southsea Coastal Scheme’s point of difference is that the proactive repairs to the Scheduled Ancient Monuments have been undertaken not just for heritage reasons, but because they are flood defences which, left untreated, could cause catastrophic effects to Portsmouth in the future.

The winner of the award will be announced at the Constructing Excellence SECBE Awards 2021 Summit on Thursday, 1st July 2021. 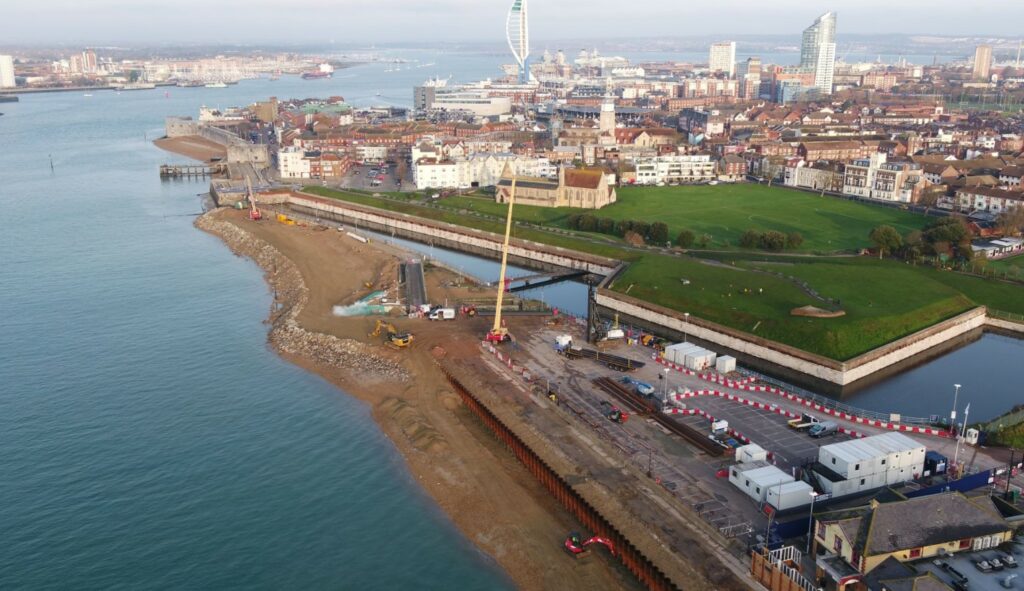