The second phase of rock construction at frontage 1 (Long Curtain Moat) of the Southsea Coastal Scheme got underway yesterday (5 July 2021) and is expected to last until early-September.

This phase follows the importation of 11,000 tonnes of granite rock from Norway in April, some of which was used for construction of sea defences to the east of Spur Redoubt.

The remaining rock was stockpiled on the shore while workers prepared the site to the west of Spur Redoubt for the second stage of rock construction.

It will now be moved so construction of the western sea defences can start, and nearby residents and businesses have been advised of potential noise and extended working hours.

Southsea Coastal Scheme Project Manager Rupert Teasdale said: “Granite has the key characteristics of a rock sea defence, being both incredibly durable and heavy. Construction of the defences involves placement and accurate packing of the rock in two layers, ensuring there are sufficient voids to dissipate the force of the waves.”

“As such, there will be some associated noise over this time and we hope the community will understand this is necessary as we construct the essential sea defences,” added Teasdale.

The Southsea Coastal Scheme is the UK’s largest local authority-led coastal defences’ project, worth more than £100M. It will stretch for 4.5km from Old Portsmouth to Eastney. 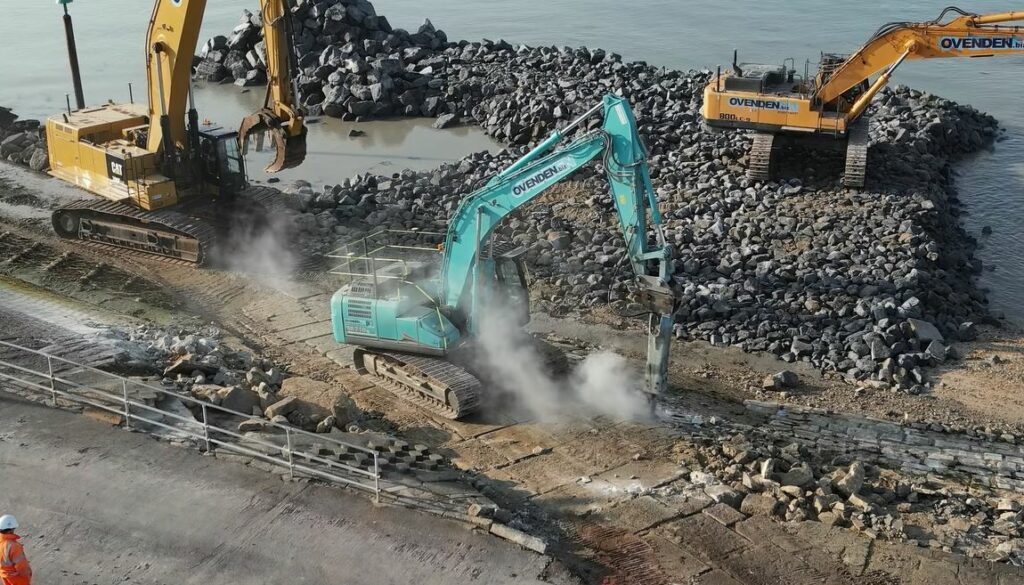