Far Eastern Basin Branch of the FSUE “Rosmorport” has completed maintenance dredging works in the water area of the seaport of Vostochny.

According to Rosmorport, the Eastern Department carried out this dredging campaign from July 6 to 19 using its own dredging equipment. The main aim of the works was to make the navigation depths equal to the designed ones for the seaport of Vostochny, especially in the area of berths No. 49 and No. 50 of the coal terminal.

The volume of dredged material removed during this campaign amounted to more than 10 thousand cubic meters, which made it possible to make the depths equal to the designed ones, namely 16.5 meters.

The implementation of the planned works is aimed at ensuring safe navigation, maneuvering and approach to the berths for vessels with a draft of up to 16 meters.

In order to carry out dredging, the Eastern Department used their grab dredger Sakhalinets. The dredger is designed for excavation, extraction and loading of both heavy rock and light categories of soils at a depth of up to 30 meters. Also taking part in the project were dredging barges Posyetskaya and Nevskaya with a hold volume of 600 cubic meters each.

Having completed maintenance dredging in the seaport of Vostochny, the Far Eastern Basin Branch will now send its dredging equipment to the seaport of Vanino for the 2021 navigation season. 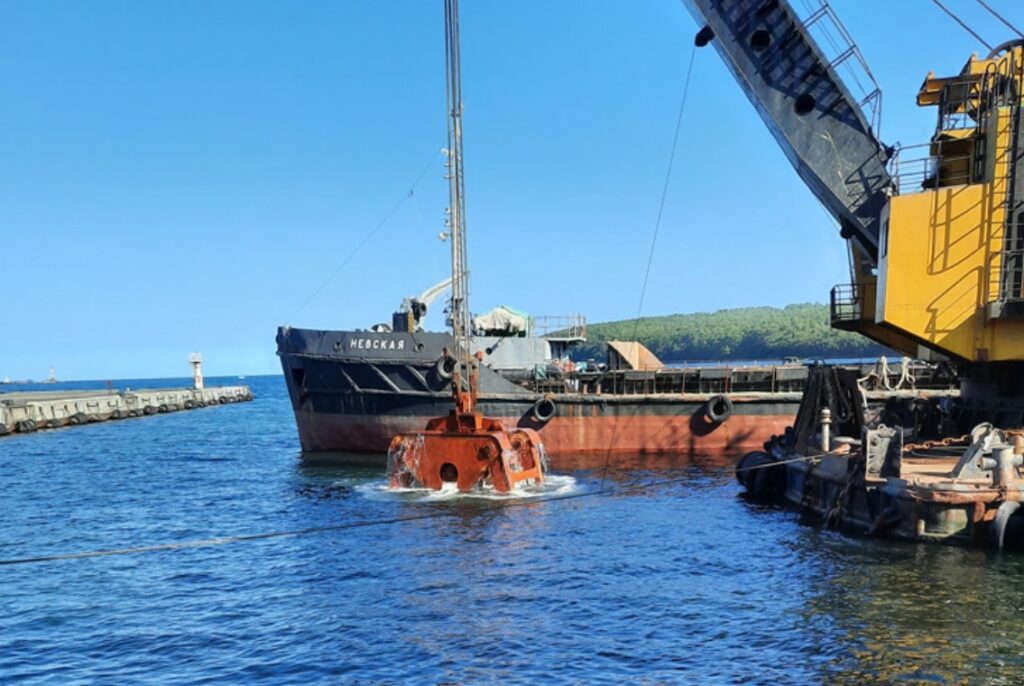