Creating new land with the most powerful CSD in the world

The most powerful cutter suction dredger (CSD) in the world ‘Spartacus’ has joined DEME’s fleet in Abu Qir, Egypt, to work on the largest dredging and land reclamation project in their history.

The CSD Spartacus sets a new benchmark in the global dredging market. Its ground breaking, eco-friendly design and countless innovations on board make it the only one of its kind, said DEME.

With 44,180 kilowatts, the drdeger is the most powerful CSD in the DEME fleet, and the strongest cutter suction dredger in the world.

This vessel is capable of handling even the most challenging rocky bottom formations.

The unmatched technical capabilities and power of ‘Spartacus’ in combination with DEME’s versatile fleet, featuring the latest technology, were key factors in securing this important contract.

In addition, DEME has built an excellent reputation, strong local footprint and long-term track record in Egypt, which includes its participation in the iconic Suez Canal widening and deepening project (2015).

Crucially, DEME’s engineering capabilities enabled the company to develop the most cost-efficient approach for the execution of the project.

The Abu Qir development program is due for completion in 2023. 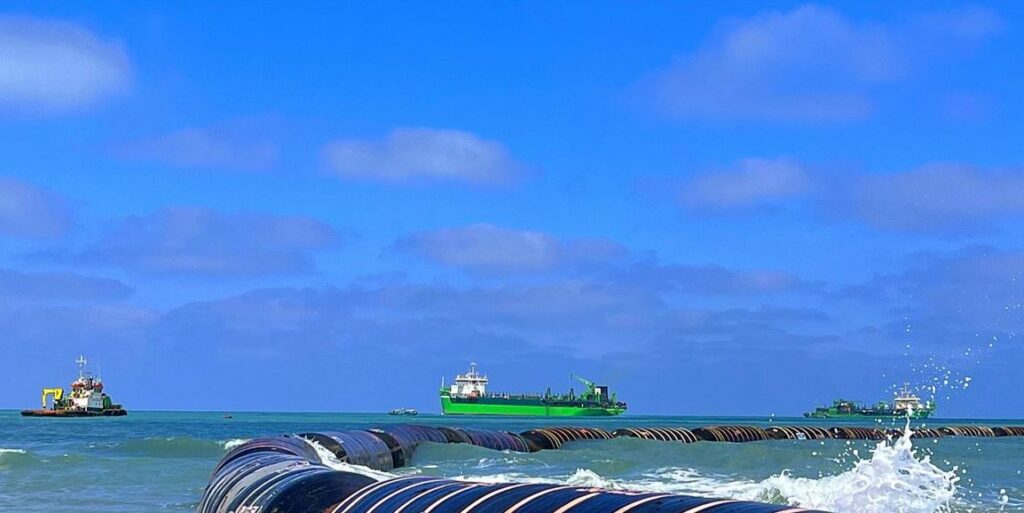