First to arrive on site was trailer suction hopper dredger (TSHD) Sospan Dau – pictured above in the Walton backwaters. The vessel is working in the main channel, disposing of material to the beneficial disposal scheme at Horsey Island.

Overall, the Harwich Haven Channel Deepening Project includes removal of approx. 15 million cubic meters of silt, sand and clay that will be dredged by trailing suction hopper dredgers and a large backhoe dredger.

As reported by the consortium of Boskalis and Van Oord, this massive dredging project will be completed within the next two years. 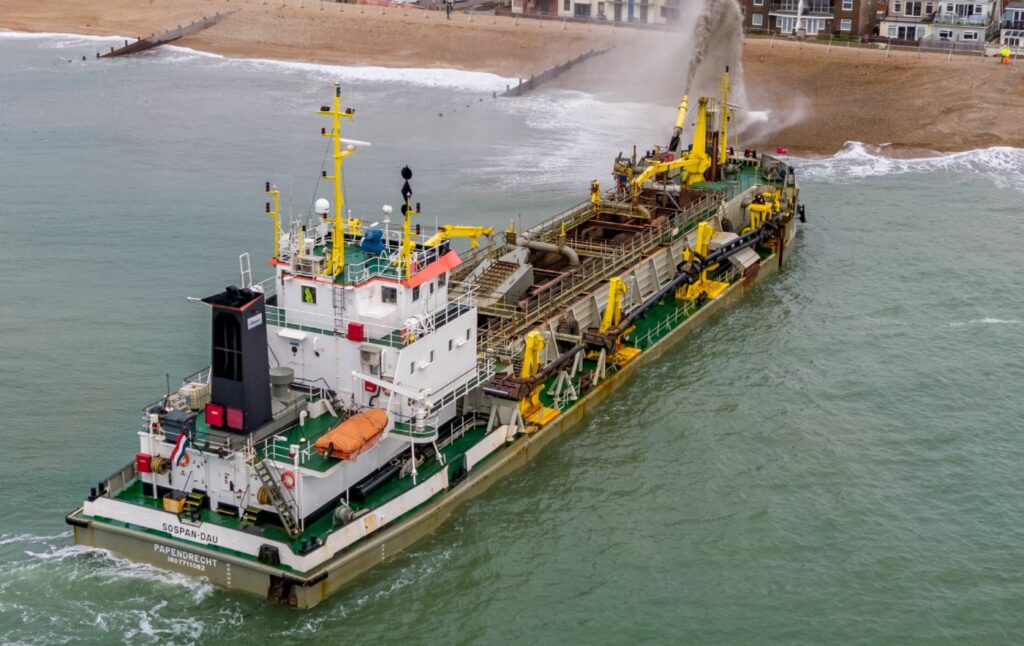