According to ZPMC, this 4500m³ self-propelled trailing suction hopped dredger, which is being built for Shanghai Dredging Co. (SDC), has completed its sea trials in China.

Installed with dual fuel engines and propellers, it is a shallow draft dredger featuring high efficiency and low energy consumption.

The newbuild will be primarily used for dredging at navigation channels and harbors after its delivery to SDC. 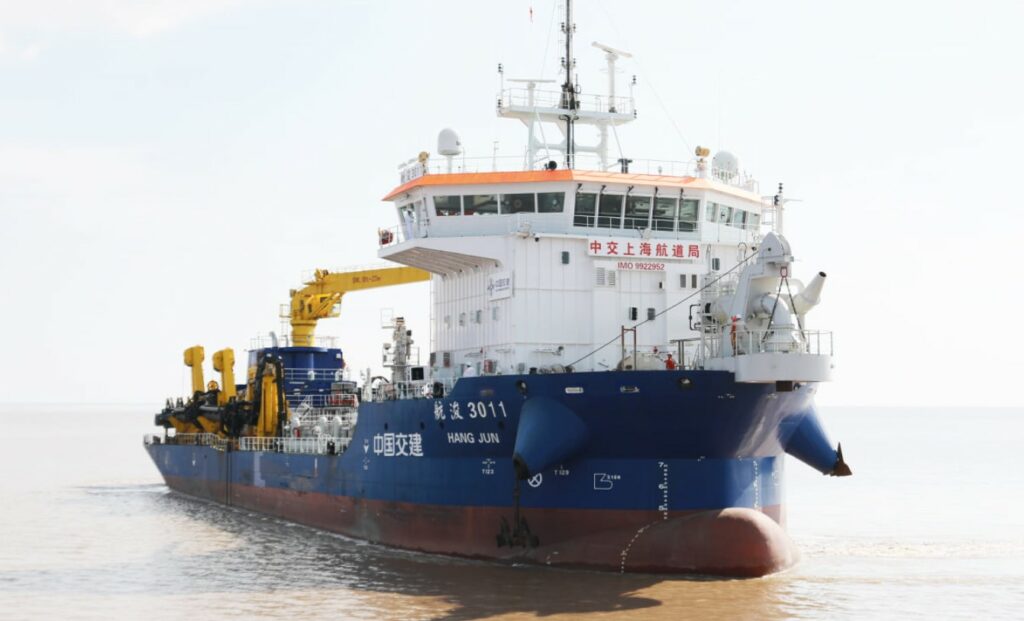