The Terneuzen project was the first for TSHD Bonny River. There the dredger worked to reclaim approximately 300.000m³ of sand which was needed for the construction of the new lock. The reclamation was also combined with deepening works in the outer harbor of Terneuzen.

The lock complex in Terneuzen, with three locks, provides access to the Ghent-Terneuzen Canal and is a crucial link in the Seine-Scheldt connection. To combat future capacity problems, a large New Lock is being built at the location of the existing Middle Lock (built in 1910).

At 427m long, 55m wide and 16.44m deep, the lock will become one of the largest in the world, similar in size to the locks in Antwerp, Amsterdam and Panama.

The new lock, expected to be operational in 2023, will provide better access to the ports of Ghent and Terneuzen, and a faster shipping flow between the Netherlands, Belgium and France. 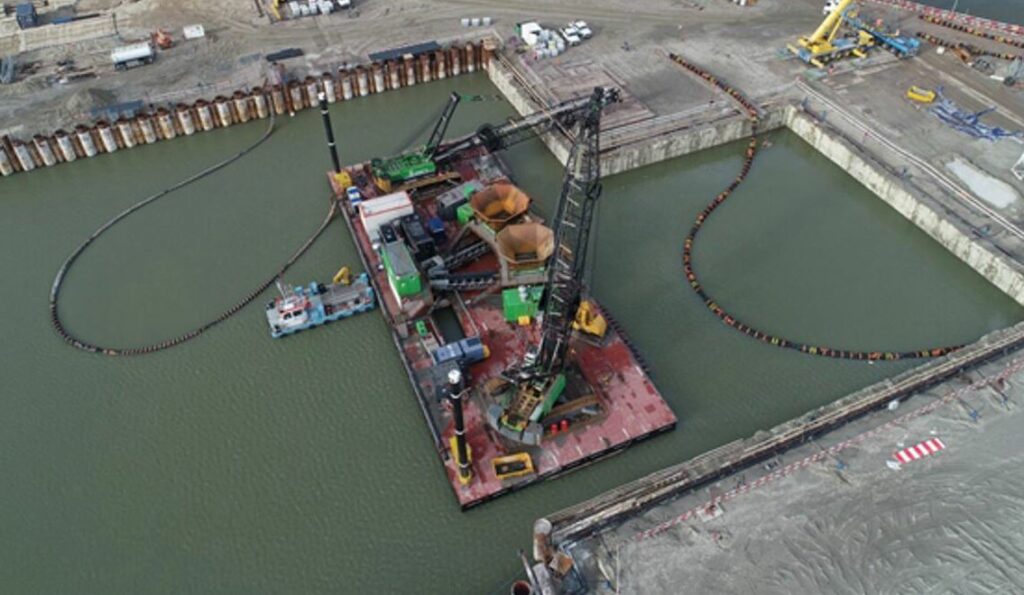