The Port of Corpus Christi, Texas, ended 2021 with record tonnage.

The Port also saw its best quarter in Q4-2021 at 44.3 million tons, besting the prior record from Q2-2021, and setting a new high for the second half of the year. From July through December 2021, the Port of Corpus Christi moved 86.8 million tons of cargo, up 4.7 percent from the previous mark set in the second half of 2020.

“These tonnage numbers are an indication of a continued recovery in the global energy markets coupled with an economic resiliency resulting from our transportation infrastructure investments alongside our customers increased investments in their operations,” said Sean Strawbridge, Chief Executive Officer for the Port of Corpus Christi.

The Port of Corpus Christi and the South Texas Coastal Bend has seen over $55 billion in private industrial investments over the past five years, an unprecedented level of growth resulting in a vibrant regional economy.

Work on Phases 2 and 3 of this four-phase project are ongoing, with funding for the fourth and final phase pending federal appropriations. 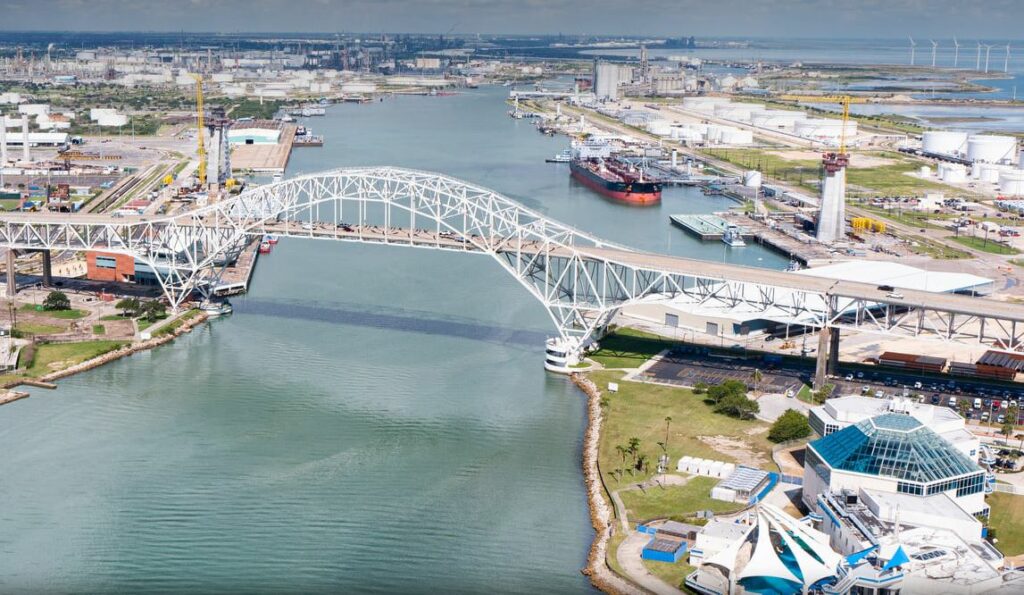