The USACE Savannah District recently completed maintenance dredging in the Savannah River and recovered additional cannon, bringing the total brought up to 19.

Remote sensing technologies and diver identifications used during recent investigations were unable to identify an additional four cannon due to their placement in the river sediment. These cannon, along with smaller associated artifacts, are now in storage to ensure preservation until decisions can be made regarding conservation efforts, said USACE.

Analysis confirmed the cannons were manufactured during the mid-1700s.

“A definitive conclusion on their origins is still pending further analysis and future conservation; however, current archival research points to the HMS Savannah as the origin of all or most of the artifacts. The HMS Savannah, HMS Venus, and others troop transports were sunk with their armaments intact in an area called Five Fathom Hole. These sunken obstructions blocked Savannah from the advance of the French fleet in September 1779, shortly before the Siege of Savannah occurred in October 1779,” said USACE.

Future conservation efforts will seek to identify marks on the cannon and a ship’s bell fragment that may tie the artifacts to a specific vessel or wreck.

Researchers are attempting to track down the ship’s log, which will provide more insights on the number and types of armament present on the HMS Savannah that may help provide a definitive link between these artifacts and that vessel.

Officials with the Savannah District continue to coordinate future actions in accordance with applicable laws. All artifacts removed from the river bottom remain under the care of the Corps of Engineers. 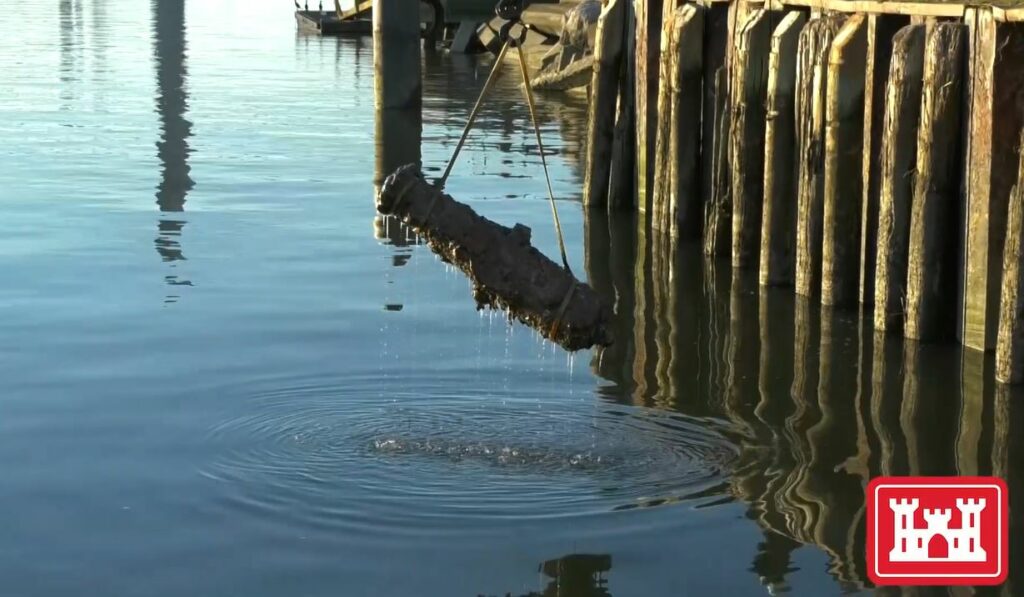