The project, which started in September 2021, is being done as part of ongoing river maintenance programmes to improve inland water quality.

According to the City’s Water and Sanitation Directorate, the project includes removal of over 5000m3 volume of material from the Black River during this dredging campaign.

Over time, this area has silted up and become concentrated with both pollution and alien invasive vegetation. The polluted top layer of sediment is being removed leaving cleaner sand underneath.

“Improving the water quality of our inland waterways such as rivers is a priority for the City. For this reason, I am very pleased to know the Water and Sanitation team is on track and 70% of the 2km stretch of Black River has already been cleaned,” said the City’s Mayoral Committee Member for Water and Sanitation Councillor Zahid Badroodien.

He also added that this operation is making the river deeper to reduce the local flooding risk going forward.

If all goes according to schedule, this dredging project will be completed by the end of April. 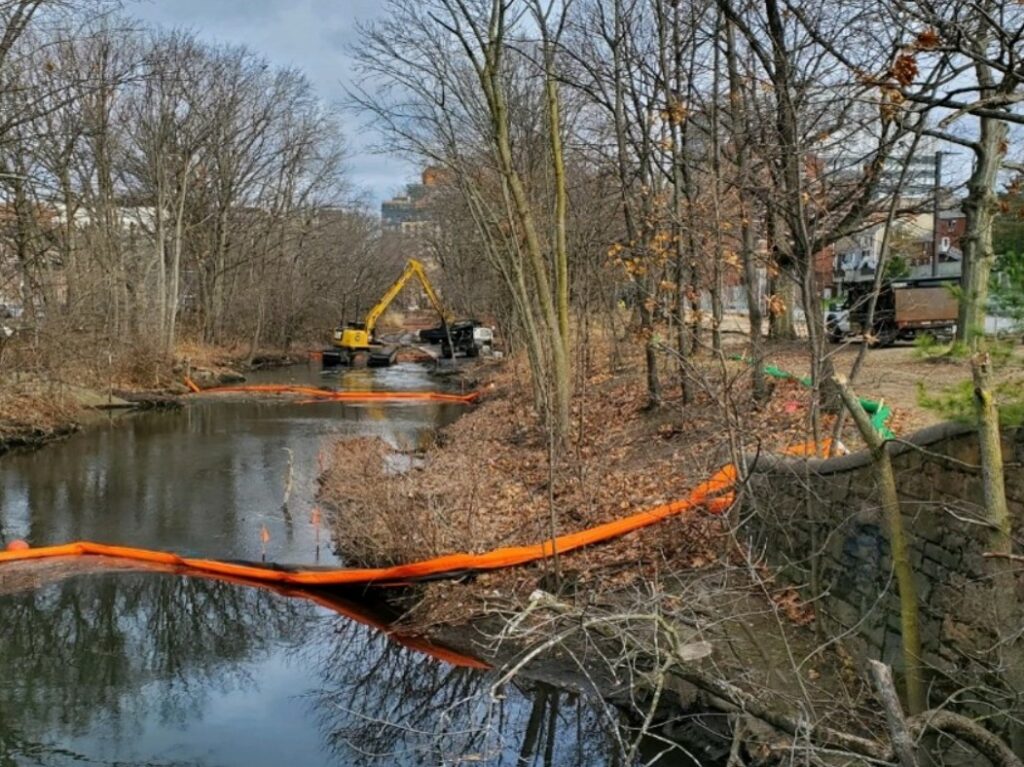