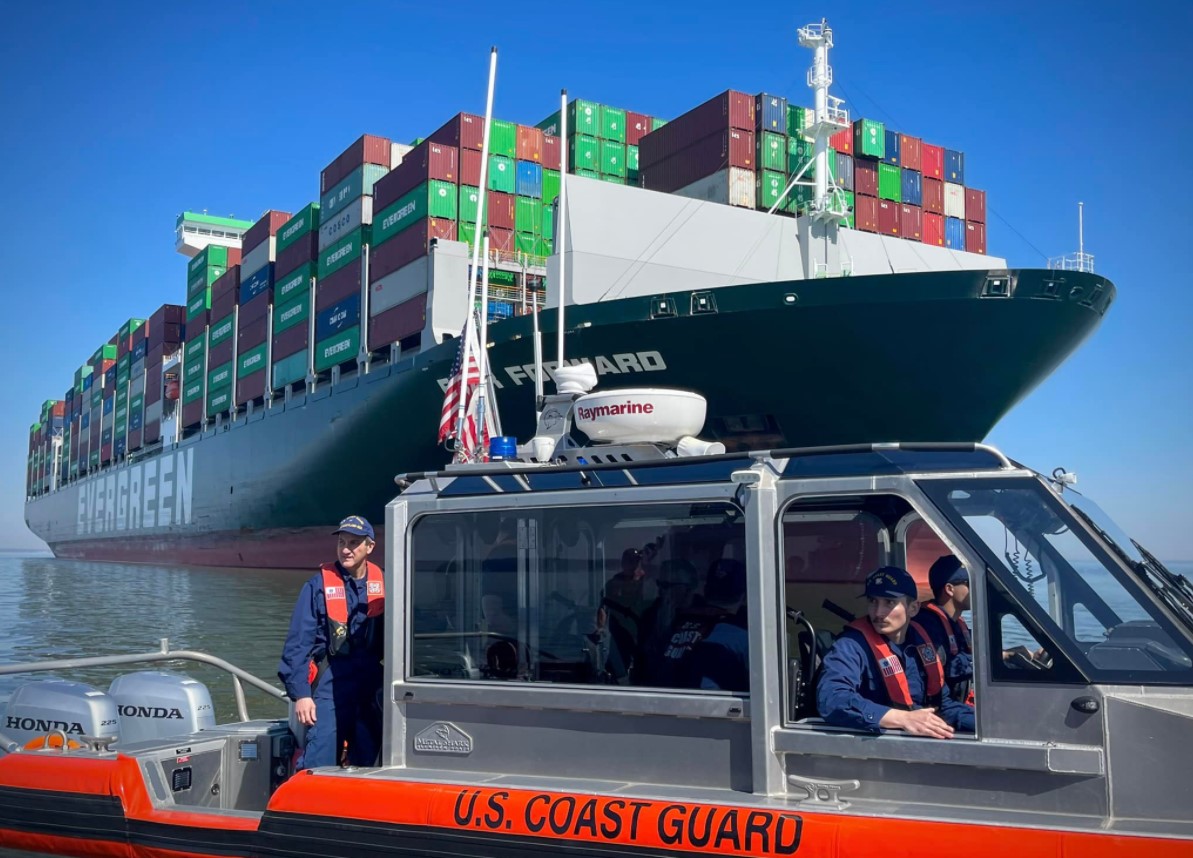 Back to overview
Home Dredging Today Will dredging save another Evergreen boxship?

Will dredging save another Evergreen boxship?

Once again, March proved to be an active month for incidents on the sea when it comes to Evergreen Marine-owned container ships.

Nearly a year after the Ever Given ran aground in the Suez Canal, another Evergreen boxship, this time the Ever Forward got stuck in the Chesapeake Bay.

According to the U.S. Coast Guard, the massive 1,095-foot container ship ran aground off Pasadena in the Chesapeake Bay after leaving the Port of Baltimore late Sunday evening (at 20:40 on March 13, EDT) for her journey to Norfolk, Virginia.

In a statement, Evergreen confirmed that the accident did not cause damage to the vessel’s hull and that there is no leakage of fuel. “We have immediately activated our emergency response plan and arranged for divers to conduct underwater inspections,” the company said.

Evergreen also added that they have appointed salvor Donjon Smit to join the rescue operation. A team of experts is assess the vessel’s grounding condition, the weight of the cargo on board and the tidal range at the location in Chesapeake Bay. This information will be useful for designing an effective plan to refloat Ever Forward.

Meanwhile, the U.S. Coast Guard team is securing the area, working closely with the Maryland Department of the Environment on the plan that will safely refloat the 1,095 foot ship carrying 4,964 containers of general dry goods.

It looks like we will once again see dredges working around the clock, dredging the bay’s muddy floor, until there is enough space between the vessel’s bottom and the seabed for safe refloat.

Initial estimates show that it could take 7-10 days before the 12,000 TEU Ever Forward is being floated again.