Work is about to begin on a new infrastructure project at Webb Dock East, Port of Melbourne, which will eventually reduce port congestion, improve efficiency and accommodate larger ships at Australia’s largest container and general cargo port.

The project involves demolishing a redundant section of concrete and extending the quay line by 71 metres. The contract for the works has been awarded to Fitzgerald Constructions Australia, with completion scheduled for Q3, CY2023.

According to Port of Melbourne CEO Saul Cannon, the project is an important part of a 30-year investment strategy, designed to create a more efficient and productive port that helps to strengthen Victoria’s economy.

“We are seeing a rising number of larger vessels calling at the port and our current infrastructure at Webb Dock East at times does not allow for two ships to berth at the same time,” Mr Cannon said.

Webb Dock East was designed as a two berth terminal. This project will restore Webb Dock East’s intended design capacity. “It’s essential that we ensure our infrastructure responds to global trends, and these works at Webb Dock East do that. We’re meeting present needs and also looking to the future to make the right investments on behalf of the Victorian community,” he added.

The Webb Dock East project is the third of nine projects that form the 2050 Port Development Strategy – a blueprint for ensuring the port stands ready to accommodate the needs of a growing city and continues to make a major contribution to Victoria’s social and economic prosperity. 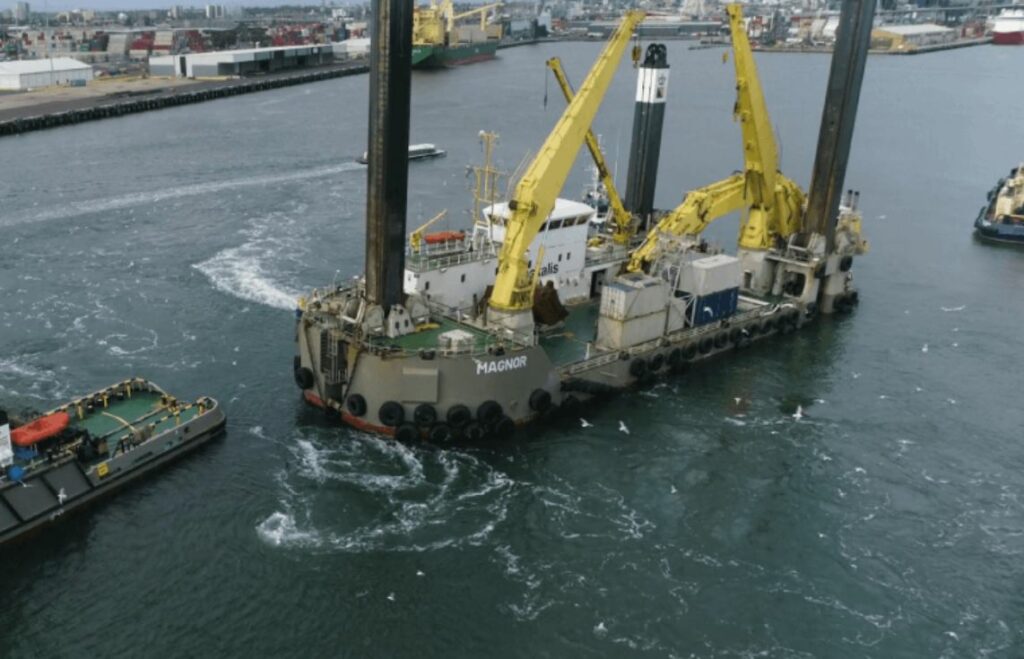