Pennsylvania Senator Bob Casey yesterday announced $8 million in federal funding for the U.S. Army Corps of Engineers for the dredging of the Schuylkill River in Philadelphia.

The Army Corps’ Delaware River Philadelphia to the Sea project also received  $500,000. The funding comes from the FY23 allocation of the Infrastructure Investment and Jobs Act.

“Thanks to the infrastructure law, the Army Corps can make meaningful progress to clean up the Schuylkill River so that residents and visitors alike can enjoy Philadelphia’s iconic rowing community for many years to come. The Army Corps will also be able to build on the huge investment for the Delaware River, ensuring Philadelphia remains a top cargo destination on the east coast.”

Also, the funding for the Schuylkill River will allow the Army Corps to continue dredging and surveying the river, building on the $5 million from FY22 infrastructure law allocation. The dredging project will help remediate flooding on the Schuylkill above Fairmount, including Boathouse Row.

The funding for the Delaware River Philadelphia to Sea project will receive $500,000, building on the $25,000,000 the project received from the FY22 infrastructure law allocation.

According to Casey, the funding will be used to complete preconstruction engineering and design phase of the project. 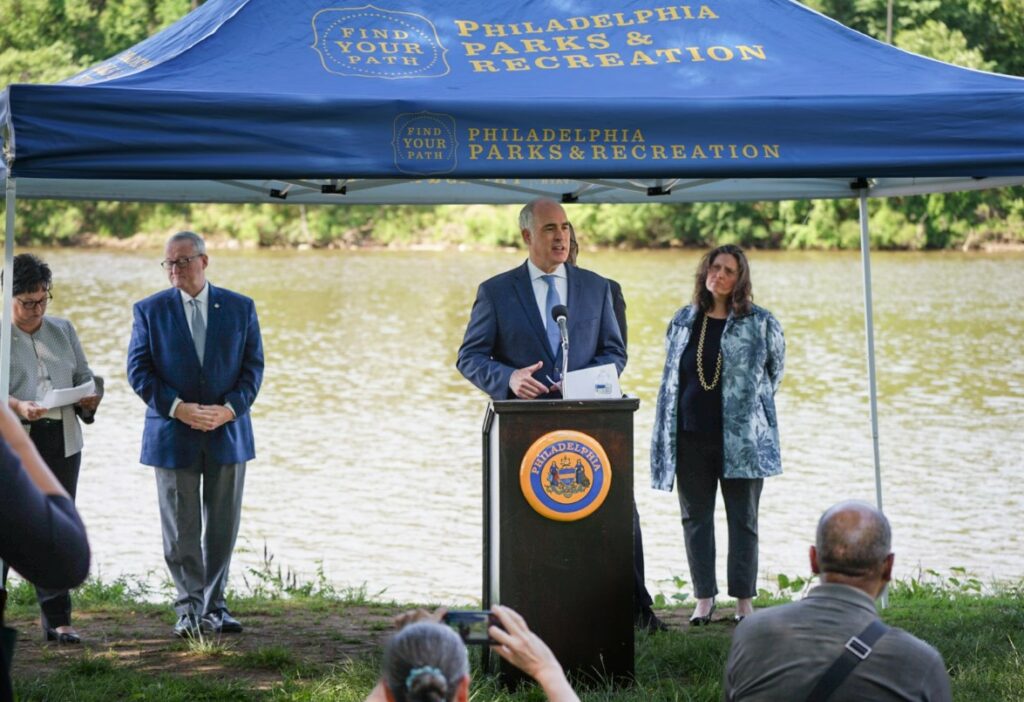