Watermill complex found at Blenheim ahead of major dredging work

Archaeologists have discovered what they believe to be the remains of a 14th century watermill complex at Blenheim ahead of major dredging work being undertaken to Queen Pool by the wet civil engineering firm Land & Water.

The stone structures were uncovered at the UNESCO World Heritage Site by Wessex Archaeology prior to work commencing to ensure no historical remains are affected.

Charlie Oakes, Project Manager at Land & Water, said: “We are delighted to hear the discovery of some historic findings ahead of the dredge.”

“The project site has been carefully monitored and assessed by Archaeologists so that any significant artefacts can be recorded and protected.

“Wessex Archaeology have informed us that the remains found this year comprise part of the stone-lined mill race, directing water from the mill and are surprisingly well-preserved and substantial.

“They have also discovered stone water channels, which would have been part of a medieval mill site, recorded as being demolished in 1334, and which was partly excavated in the mid-1970s.”

The restoration works will see Land & Water begin the first dredge of Queen’s Pool in over 100 years and will look to remove 300,000 cubic metres of silt.

The main goal is to return the Capability Brown-designed lake to its original depth of two metres. 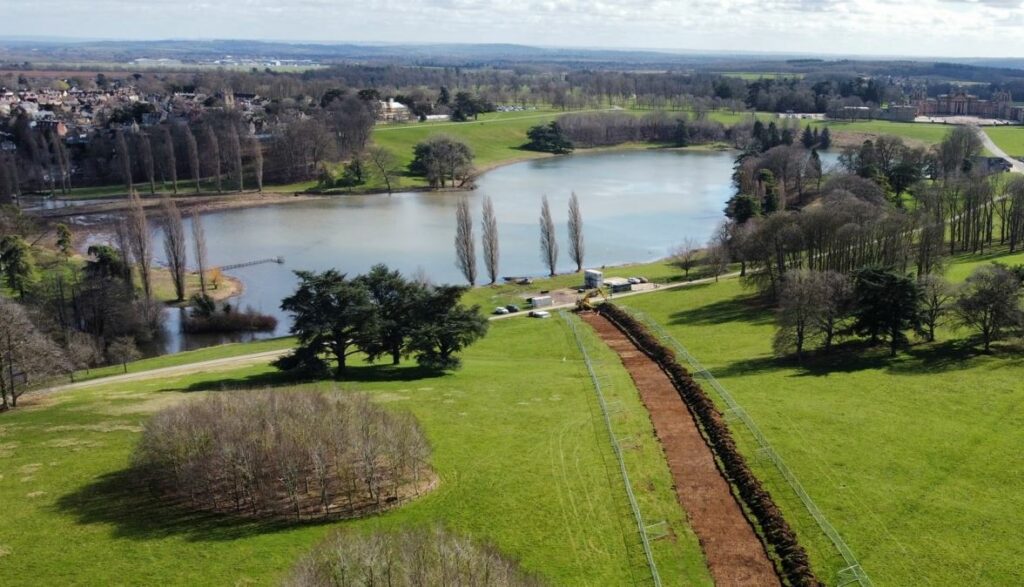