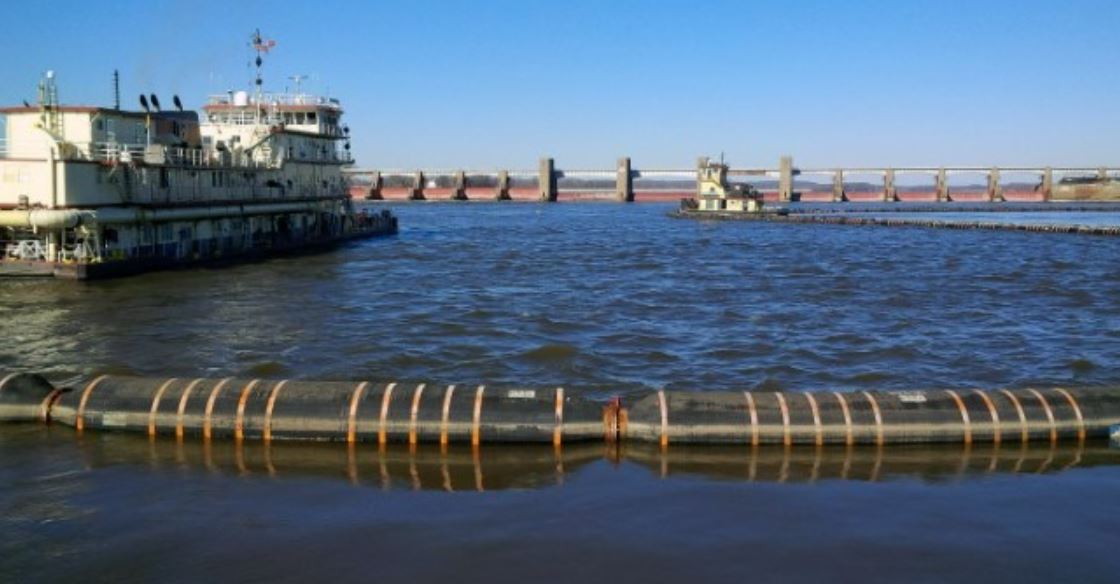 Its attendant plant, to include tender boats, small boats, barges, and pipeline work 24 hours a day, seven days a week.

When dredging, removed material is pumped through a pontoon pipeline or self-floating pipeline, which may be crossing the channel, and is placed outside of the navigation channel. 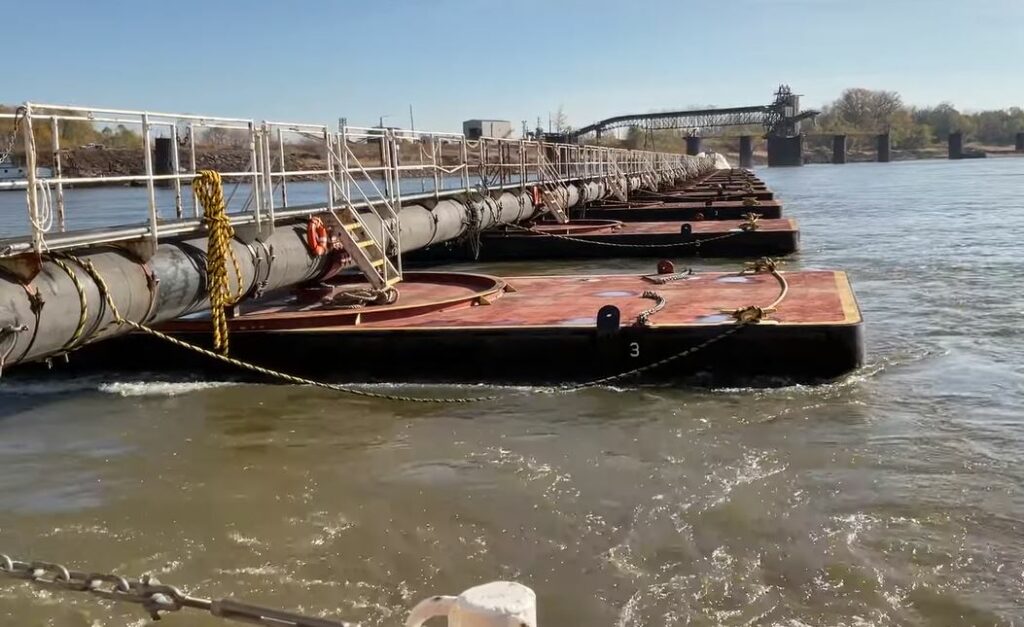