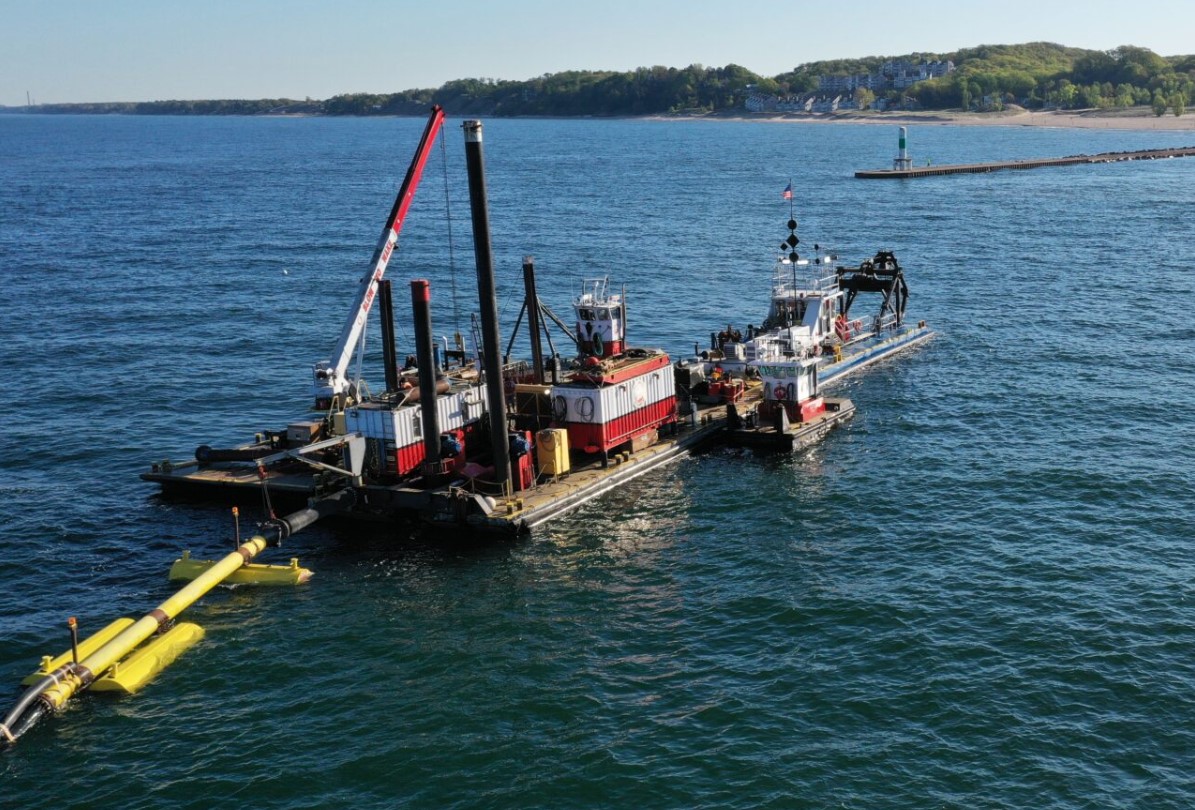 The U.S. Army Corps of Engineers, Detroit District, has just announced that dredging and beach nourishment operations are about to begin in South Haven, Michigan.

According to the Corps, sampling results confirmed that the proposed outer harbor dredge material is suitable for beneficial reuse as nourishment material.

Starting next week, approximately 18,000 cubic yards of dredge material from the federal navigation channel will be placed south of the South Pier in South Haven.

“We understand the eroded area in front of the water treatment plant may seem the logical placement site, however, we do not have National Environmental Policy Act approval to place there this year,” said Elizabeth Newell Wilkinson Grand Haven Resident Engineer. “We are hard at work on the required Environmental Assessment to evaluate whether or not we will be able to place material there next year and are hopeful in the results.”

As reported, the King Co., Inc. of Holland, Michigan, will begin hydraulically dredging in South Haven by August 26 and will be on site for approximately two weeks.

South Haven dredging was originally scheduled to take place earlier in the season, but Muskegon Harbor shoaling caused major impacts to commercial navigation and crews were directed there first.

Dredging took place earlier this season in Holland and Grand Haven, is currently taking place in Muskegon and Manistee and will be starting soon in St. Joseph and South Haven. The King Co. will dredge nearly 250,000 cubic yards in total from the six West-Michigan locations. 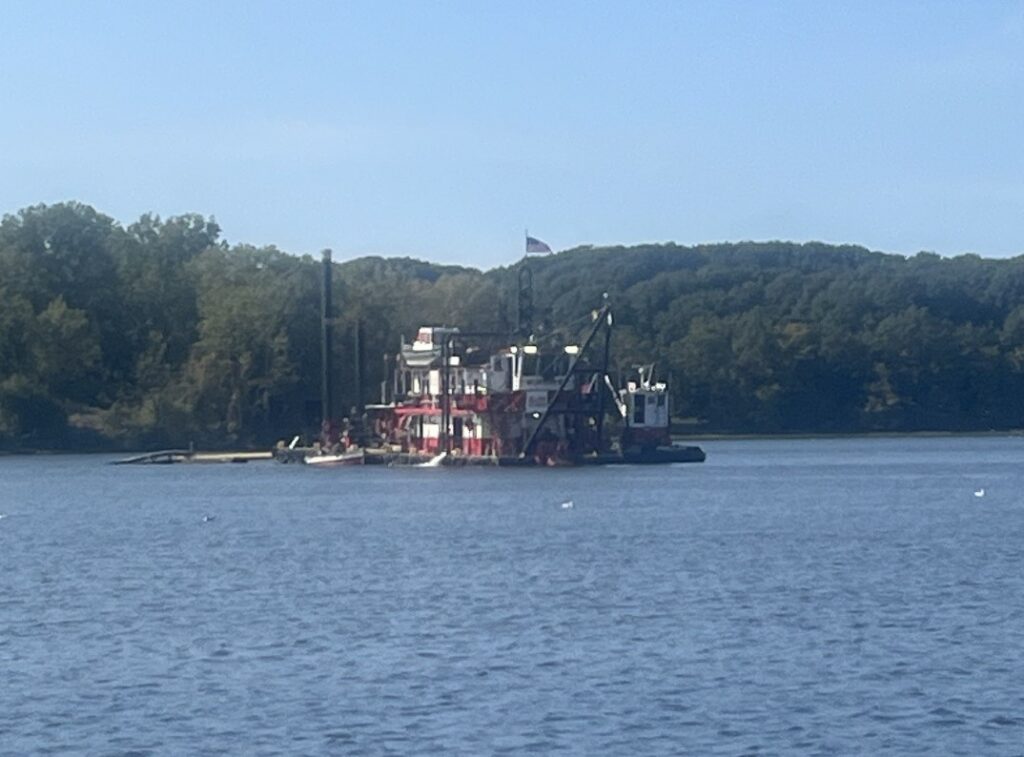