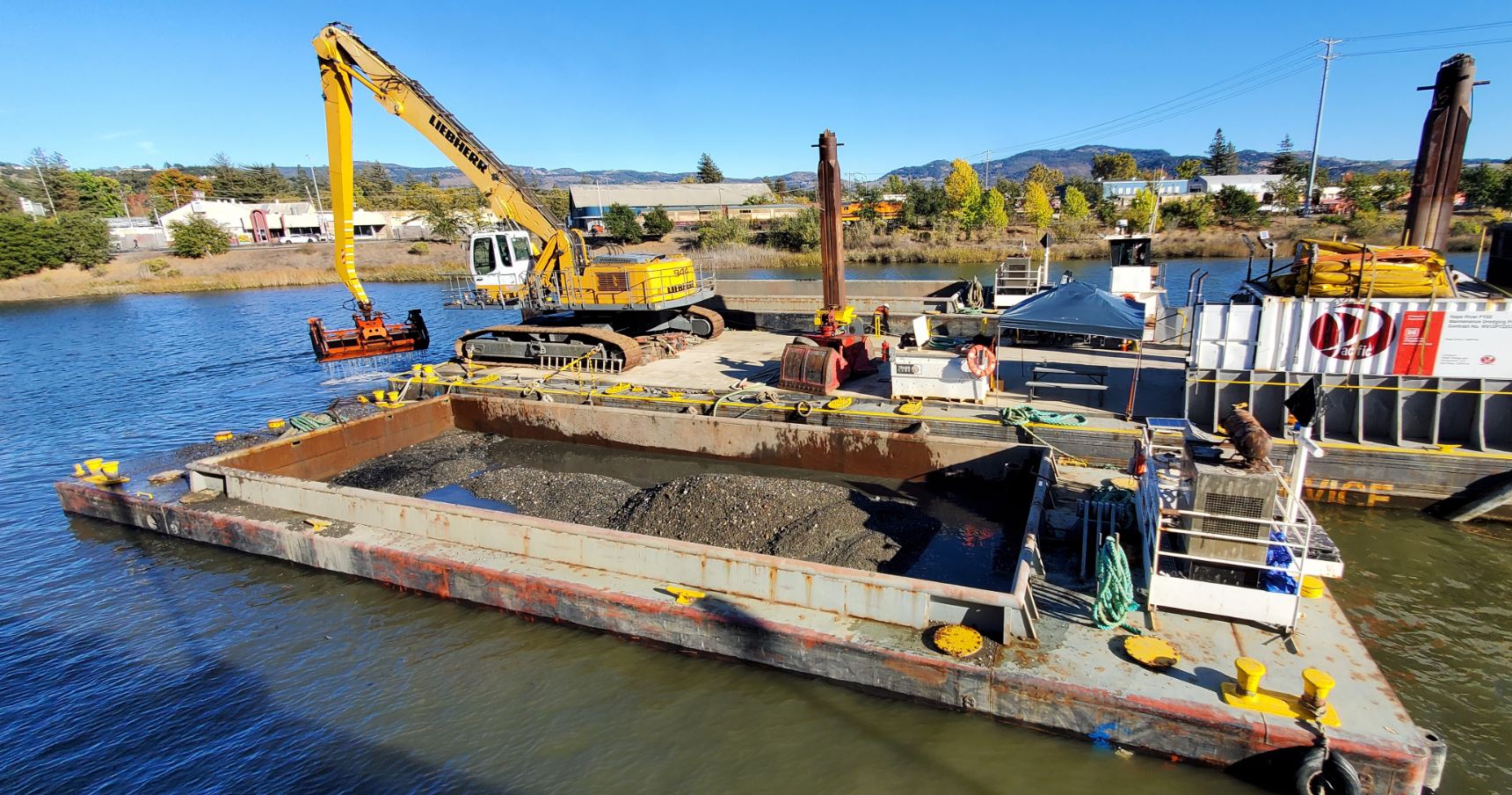 The project’s goal is to return the river to its original navigational depths, allowing boats to transit entirely throughout the river.

To perform this project, Pacific Dredge & Construction, LLC. is using its smaller rig, “Horton,” in conjunction with the 300 cu yds scows Thing 1 and Thing 2, along with the In-Harbor tugboat Cadet.

The dredged material is taken by scows to be offloaded at a temporary disposal site.

A subcontractor was hired to perform the upland offloading portion of the project with an E-Crane barge and earth-moving equipment.

The County of Napa offered a disposal site for offloading dredged materials and hired a subcontractor to off-haul sediments to their destination.

For this project, the river is also divided into three Reaches 1, 2 and 3. 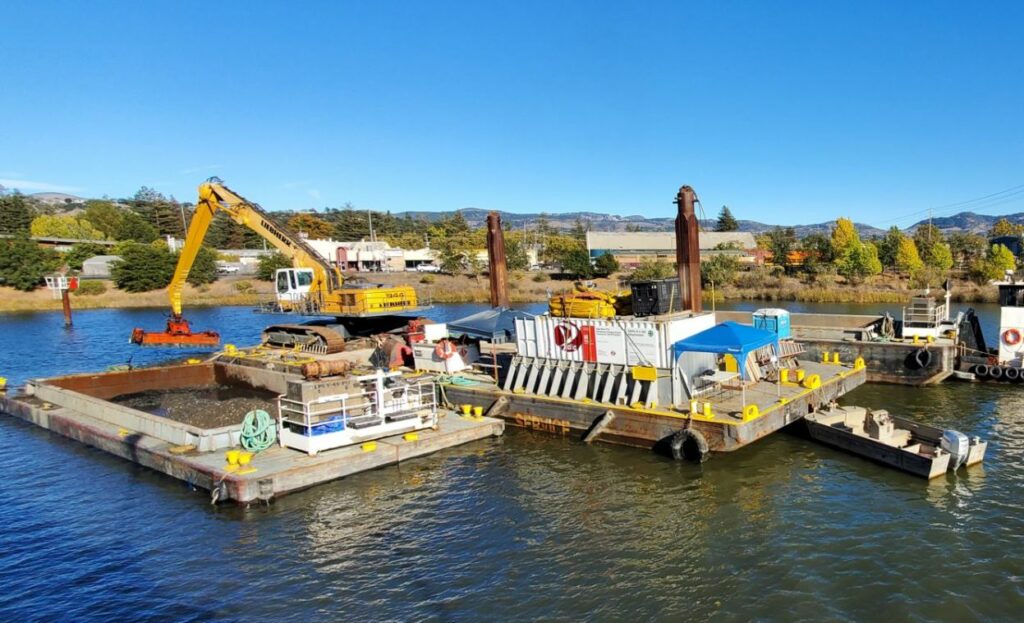