USACE uses the dustpan dredge Hurley to remove sediment from within the navigation channels of the Mississippi River.

Dustpan dredges are unique to the Mississippi River system and work to maintain a navigable channel for commercial navigation to move unimpeded. It was built in 1993 by Halter Marine in Moss Point, Mississippi, for the USACE Memphis District.

The dredge was originally built to replace the 1933-built Dredge Burgess and designed to dredge to a maximum depth of 40 feet.

The Hurley has a large suction head with high velocity water jets that loosen the silt and sand materials on the river bed and pump this material through a floating pipeline and is deposited outside the navigation channel near the riverbank.

Specifically, the Dredge Hurley is 348.5 feet long and 58 feet wide. Its hull is 11 feet deep, and its draft is 7 feet. It is a self-propelled dredge and operates using anchor wires and its propellers. There is one dredge pump on board and it is powered by dual 1500HP electric motors. 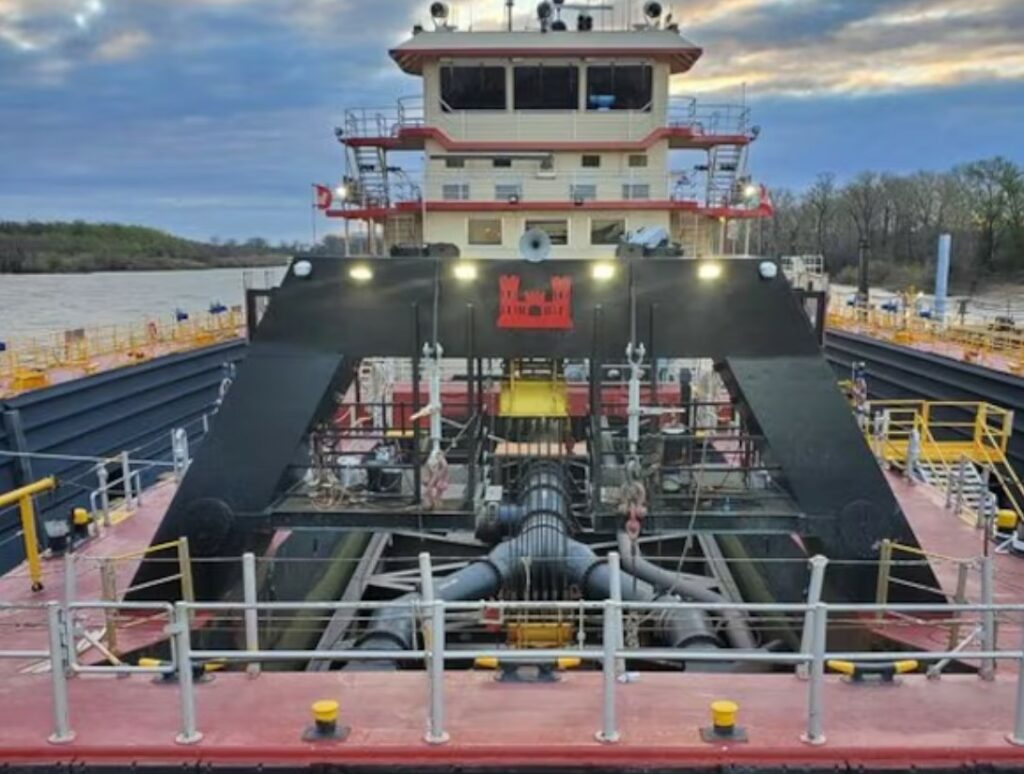