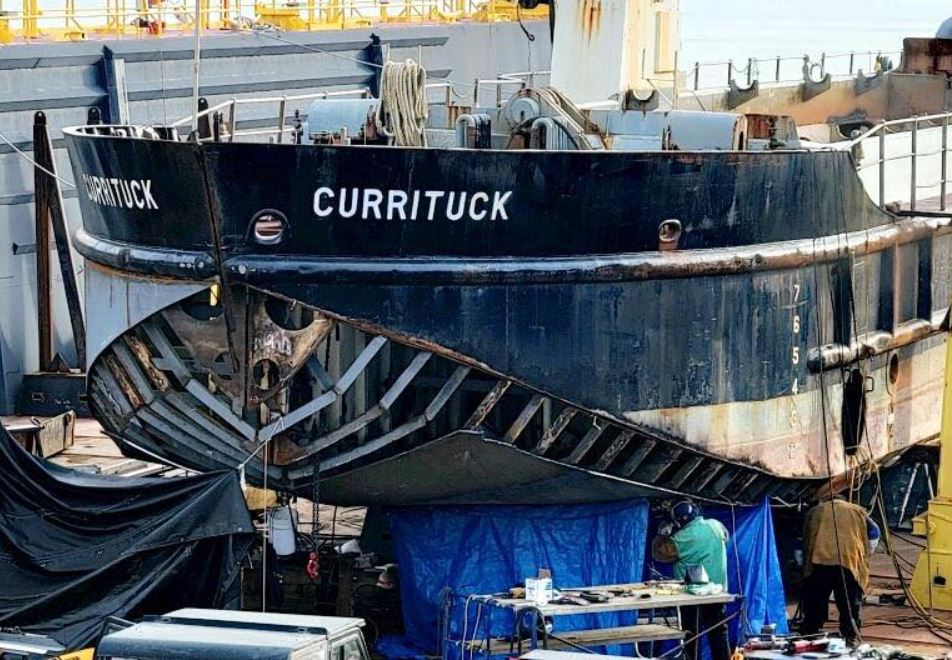 Metal Worker Welder Joey Cabay said: “Of the long list of repairs already made, the big-ticket items include removing the pilot house, pump engines, generators, old piping, and other hardware.”

Joey also said that they’ve also replaced a majority of the deck, hull and many bulkheads throughout the boat.

Finally, they completely redesigned and relocated the fuel tanks.

Joey added that they have four teams made up of three members on each team (one fitter and two welders) dedicated to the Dredge Currituck project.

“Each team is responsible for a different area of the boat,” he said.

Teams do vary and change however, based on the work being done.

“But this is what a typical day looks like,” Joey said. “Right now, we are focusing on replacing the remaining hull and bulkheads.”

Future repairs will include the installation of all new piping, new Z-Drives, a new bow thruster, and hydraulics. 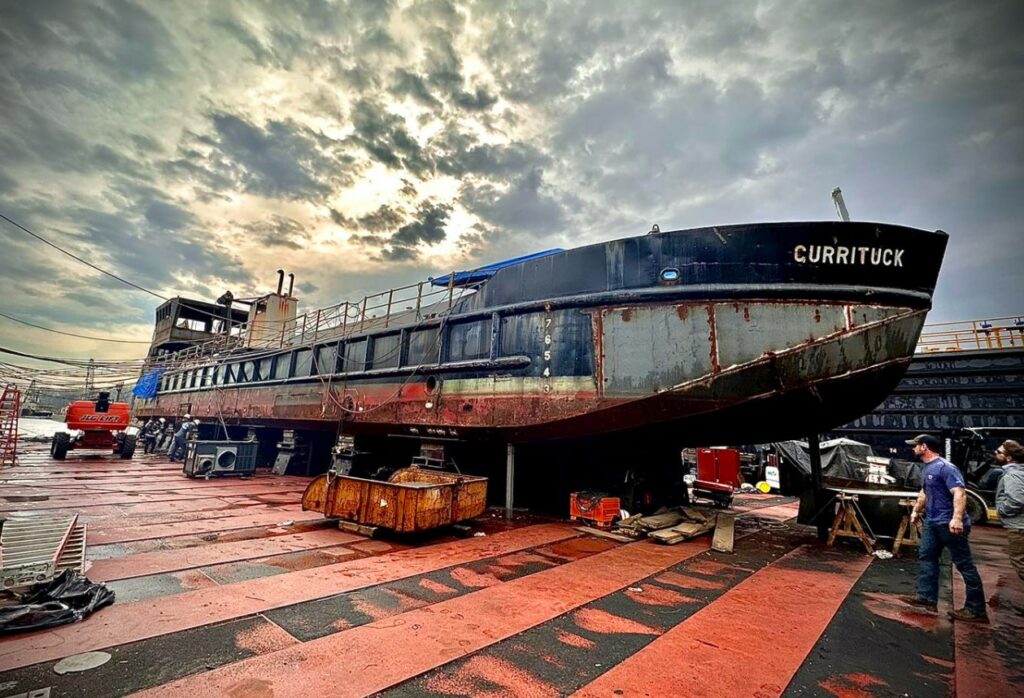