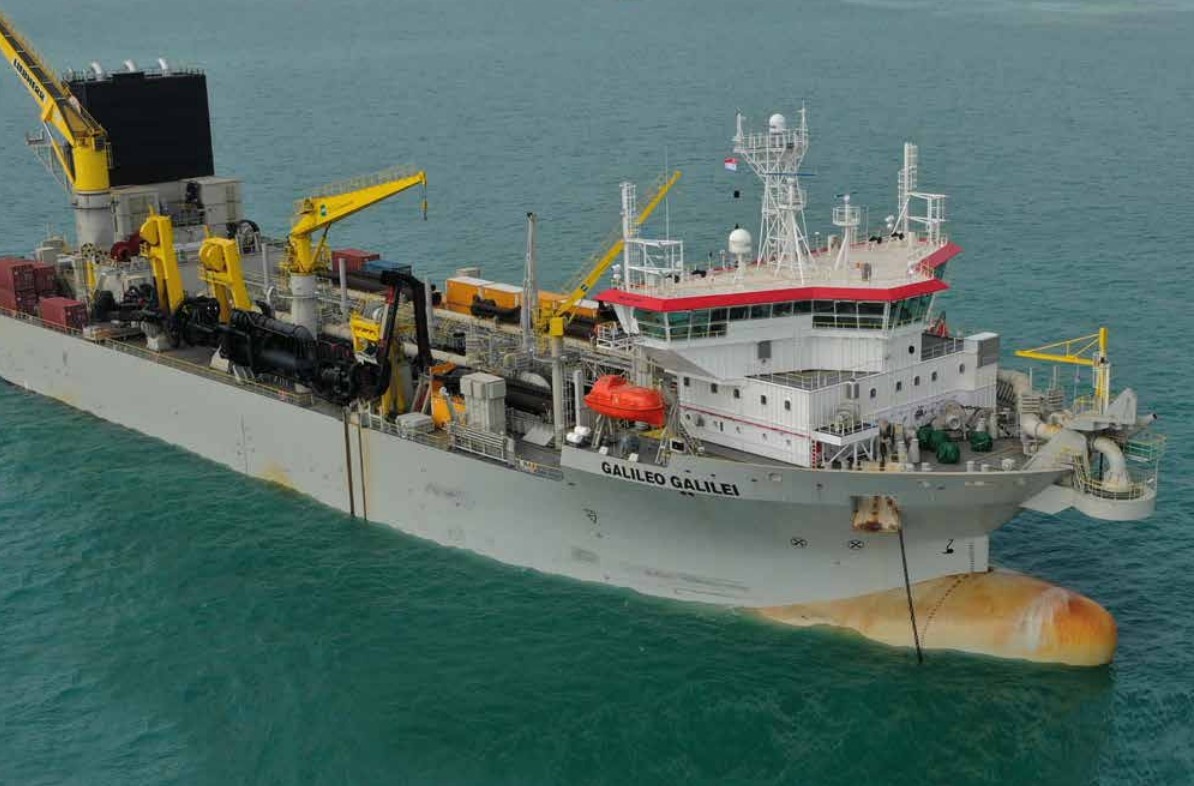 One of the world’s largest hopper dredgers, Jan De Nul Group’s Galileo Galilei has arrived in Guyana to commence work on the Vreed-en-Hoop development project.

According to NRG Holdings Incorporated, the consortium behind the project, arrival of TSHD Galileo Galilei marks the beginning of the reclamation phase under the Port of Vreed-en-Hoop project.

“The vessel’s arrival marks the beginning of the land reclamation phase of the project. During this phase the dredger will clear the existing area and begin the process of adding reclaimed material for the creation of an artificial island on which the construction of the new terminal will be situated. This project will, in the first phase, add more than 44 acres to Guyana’s coastline,” the company said in the release.

Prior to land reclamation, successful dredging of the access channels in the Demerara River was conducted in June. This included deepening/widening of the existing nautical channel, berth pockets, and turning basin which will be handed over to the maritime administration department in the near future.

Development of the Port of Vreed-en-Hoop project – located at Plantation Best in Region Three – was conceptualized between the consortium and their partner, Jan De Nul.

This will be Guyana’s first modern multi-purpose port. It will feature massive facilities such as an offshore terminal; fabrication, umbilical and spooling yards; a dry dock facility; a wharf and berths and administrative buildings; etc.

The project is being implemented in two phases. 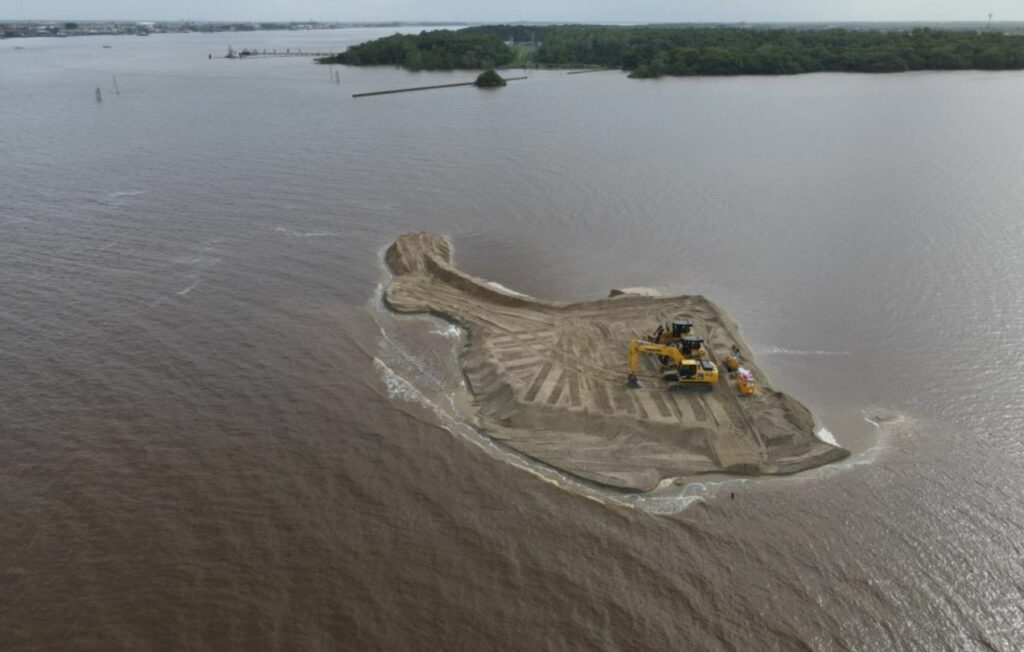