A $500 million plan to dredge Gladstone Harbour to cope with the massive LNG ships has been given the green light by the State Government.

The decision is likely to ignite a David and Goliath battle, pitching the tiny community of South End, on Curtis Island, against some of Australia’s biggest companies and the State Government.

Residents claim their small piece of Queensland paradise will eventually be destroyed by the massive gas industry to be built there and the dredging that is needed to get ships in and out of port.

With barely 100 beach houses and shacks, South End barely rates a mention, even in the nearby city of Gladstone, but its residents, led by Cheryl Watson, say they don’t trust the State Government or some of the country’s biggest companies to maintain the island.

from the Surat Basin for export.

But to do so, a section of the island will be hived off for development, with up to 55 million cubic metres

dredged from the harbour floor to reclaim 400ha. It will impact 6000ha of seabed and 1600ha of seagrass that is home to dugongs, turtles and dolphins.

“The previous plans for Curtis Island had all sorts of industry there. This will be just the first industry,” he said.

The Government has designated an environmental buffer zone between the residents and the LNG plants and Gladstone Ports Corporation has promised to have offsets for the dredging impacts. But Mrs Watson and her neighbours don’t believe a word of it.

“It’s not South End we are fighting for. It’s the island and the harbour,” she said.

“We reckon we will still be able to enjoy (our home) for the rest of our lives but what about or grandkids. We’re fighting for them, too.

“There’s no way the Government would allow something like this on Stradbroke.”

The issue is a slow burning topic in the industrial city of Gladstone, where the issue of jobs is paramount and the LNG industry could provide as much as 18,000 during construction. 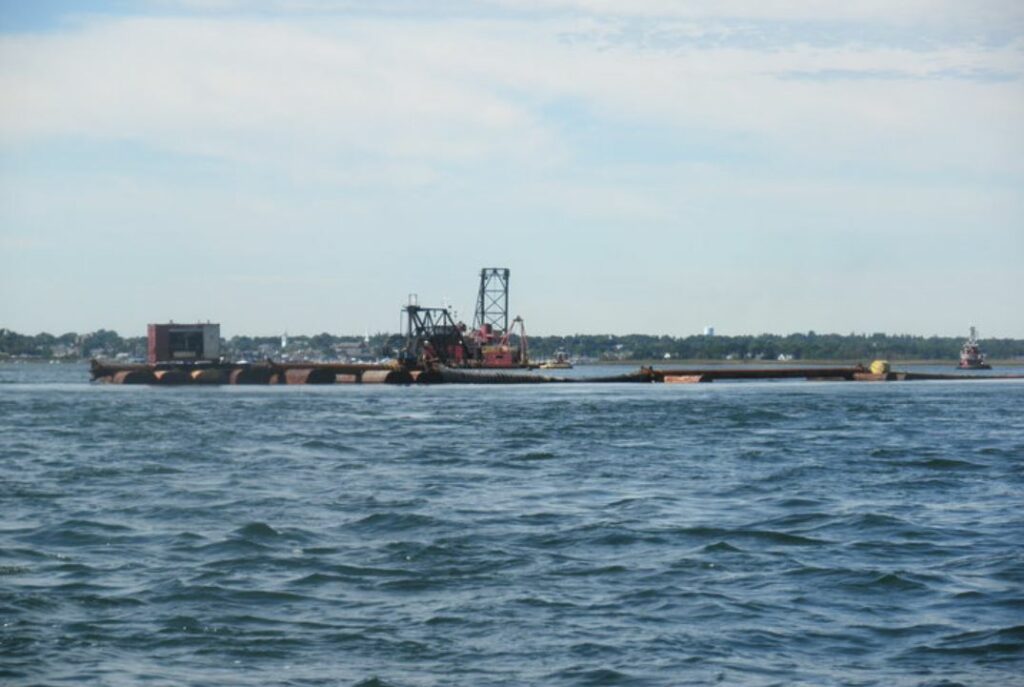