On 19 August 2010 the signing ceremony for the start of construction of the new shipbuilding facility of Damen Vinashin Shipyard in Haiphong, Vietnam took place in the head offices of the Vietnam Shipbuilding Industry Group (Vinashin) in Hanoi.

Mr Nguyen Duy Hung, Vice Operations Director of Song Cam Shipyard signed together with Mr Erik van der Noordaa, Chief Operations Officer of the Damen Shipyards Group in The Netherlands. Song Cam Shipyard has been allocated by Vinashin to act as the local partner in the construction and operation of the new shipyard which is a joint venture between Vinashin and Damen. Completion of the first phase of the project is planned for February 2012. In the first phase the shipyard will concentrate on the outfitting, under cover, of hulls built by Song Cam Shipyard. Capacity is approximately twelve vessels per year, all current orders are for export.

Facilities in the first phase include a Syncrolift of 2500 ton capacity, an outfitting hall of 80 metre by 40 metre and various workshops and offices. In the second phase of the five year plan the capacity will be increased to maximum 30 tugs, workboats and high speed craft per year in a dedicated outfitting hall of 160 metre by 150 metre. Sufficient room is available on the 42 hectare site for the construction of hulls as well as for sub-contractors and suppliers in the final phase of the five year plan. 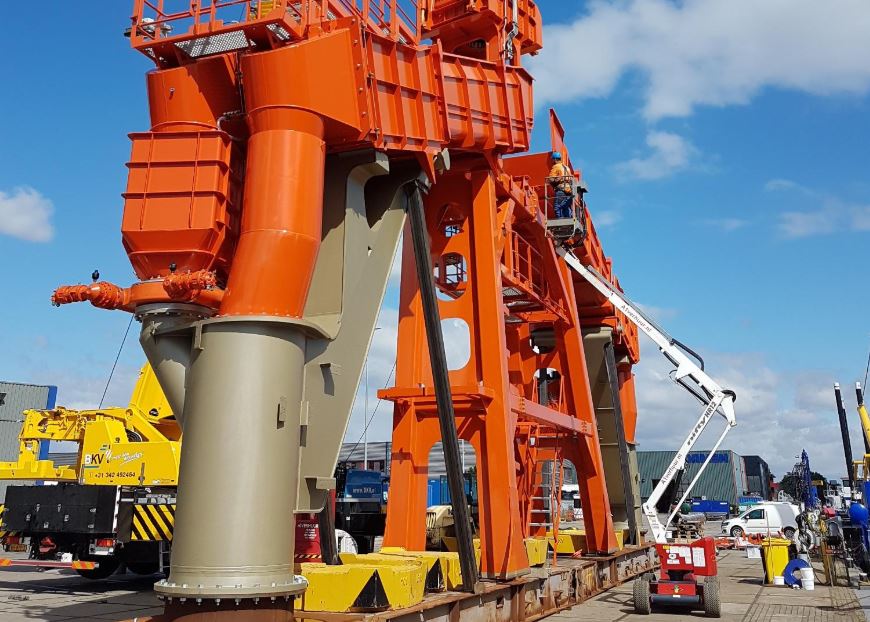