The number of Viking software modules has been expanded with several new additions. Directly based on market demand these new modules add enhanced capabilities and solutions to the Viking software.

These software modules can be added to an existing Viking Navigation or Viking Dredge system.

Using this module, each anchor location can be meticulously planned and executed. Each anchor is linked to an exact location on the ship in the Viking system, by using this information Viking calculates the exact bearing and distance to the anchoring location during anchoring operations.

The gridding module is particularly effective for use on grab dredgers and excavators. After loading a cell grid Viking becomes aware of the location of each cell. A value can be linked to the number of planned operations in each cell. While operating the crane driver can easily mark each location conforming to the planned operations.

This module visualizes the bearing and distance from one or more points on the vessel, to one or more locations on a map. It is also possible for control points to be linked to an alarm based on a minimum and maximum distance to a location on the screen.

The Network Module visualizes accompanying vessels whose position and associated data is transmitted wireless by their Viking system. The layout of the ships can be determined with centimetre accuracy and can be sent several times per second vice versa. 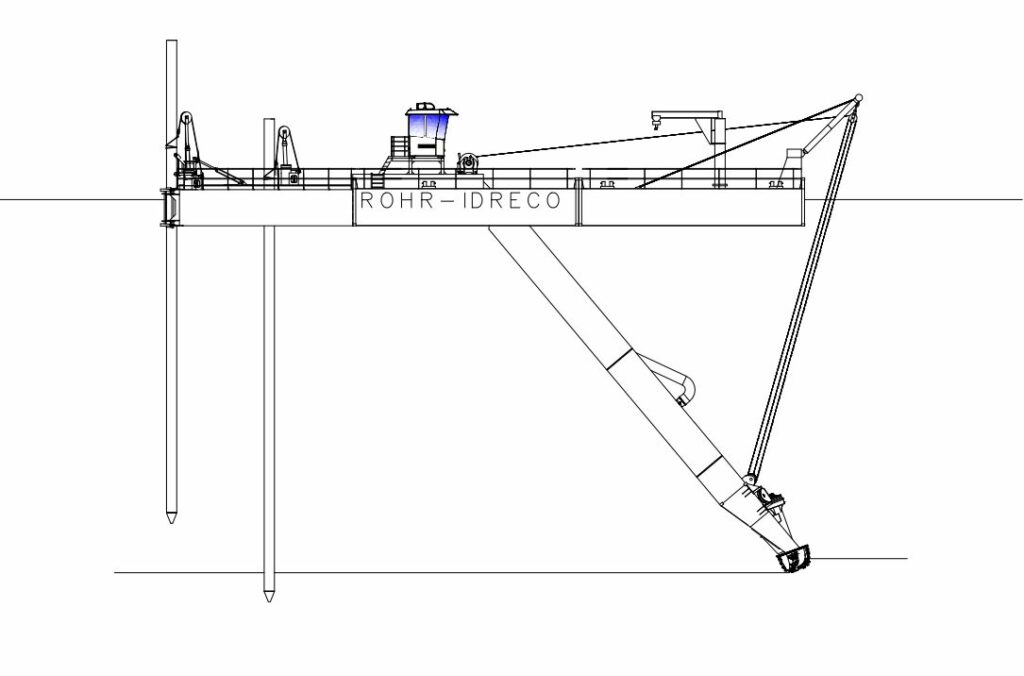