The end of the new aquaculture wharf, a project co-sponsored by the federal and provincial governments under the economic stimulus money, being constructed on the east side of Hermitage is in sight, literally.

The parking lot, measuring 250 feet by 100 feet, remains to be covered by asphalt, and the wharf, running north and northwest from the lot, extends 210 feet out into the Hermitage harbour. It has been a major construction job: the company, Seagull Construction of Topsail, Newfoundland and Labrador, began work in May and expects to complete work by mid-November.

According to superintendent Ray Bailey they have to finish the dredging and pour concrete on the wharf. Furthermore, a 10 feet by 12 feet service shed for the electrical panels and washroom facilities has to be built, lighting has to be installed on the parking lot and wharf, and a chain link fence and to be erected on the inside perimeter. He thinks the asphalt may not get done this year; it may to be late in the fall before things are ready and the asphalt plants will be shut down.

“Everything had gone well in Hermitage”, Mr. Bailey said. “We got along well with the people, and we were able to hire three local people to work with us. We had an injury when one of our workers fell from a piece of equipment, but he is fine now and back on the job in Belleoram where we are doing another construction.”

Asked about the storage shed for feed that was rumored to be a part of the contract, Mr. Bailey said that he understood it was to be there, but there were not enough funds under the present contract. “Maybe later,” he added.

Once everything is complete the wharf will be used by the aquaculture companies operating in the area as a clean wharf, a place where smolts, feed, and clean nets can be loaded unto boats for transport to the sites.

Such infrastructure is vital to insuring biosecurity in the aquaculture industry. 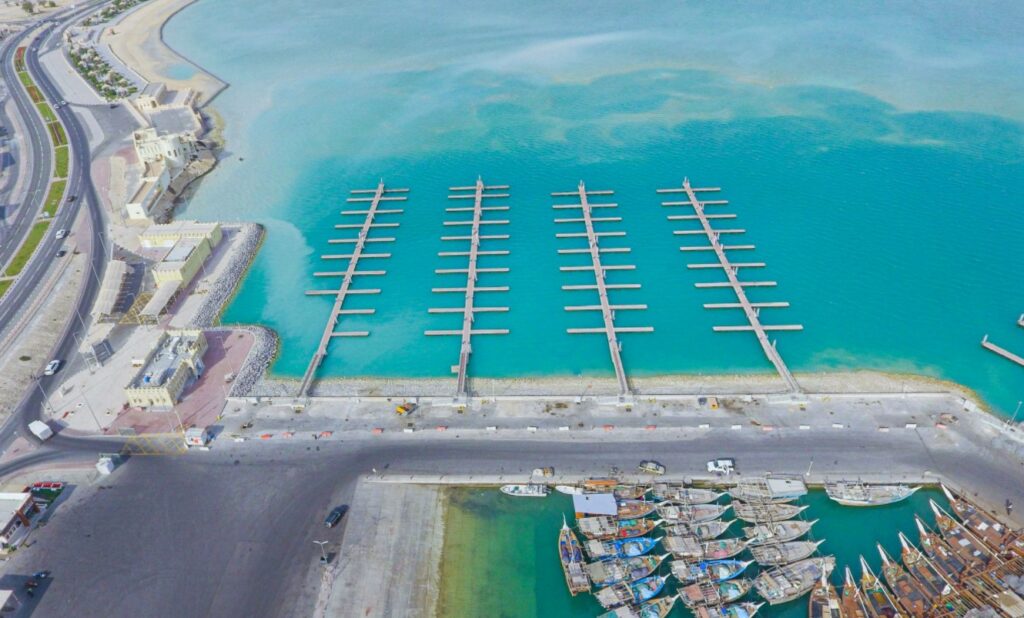