Between now and 2013, a series of art projects will take place on and around Maasvlakte 2. The Port of Rotterdam Authority and the Foundation Art and Public Space (SKOR) have agreed to set aside a joint € 500,000 for this. “There should be place for art with a big project like Maasvlakte 2. Art can contribute to the physical layout and use of the space, but it is also a way of stimulating the experience of the space and thoughts on the land reclamation and the expansion of the port.

There is a varied programme and I am curious to see how artists respond to the construction of such a big port area in the North Sea”, says Hans Smits, Port of Rotterdam Authority CEO.

Portscapes 2 has a number of different perspectives. There will be permanent works of art at the future recreational beach, semi-permanent work that deals with the concept of ‘new land’ and that will be created on land that will remain undeveloped for a while, and very temporary work by means of which milestones in the construction of the new land will be marked. In addition to this, artists will be asked to respond to the sustainable nature of the land reclamation and the expected nuisance the increasing traffic will cause those living nearby.

Some projects will be low-threshold, appealing to a wide audience, whilst others are expected to be more complex, revealing their value less quickly.

Artists who have been approached include Hendrik Jan Hunneman, Jan Konings, Margot Berkman, Germaine Kruip, Guido van der Werve, Sarah van Sonsbeeck, Patrick Tuttofuoco (Italy), Fritz Haeg (US), Amy Balkin (US), HeHe (France), Thomas Sareceno (Argentina), Oscar Tuazon (US) and Monika Sosnowska (Poland). The idea is that the various art projects will be realized in the period 2011-2013. With every commission, there will also be an attempt to find possible ways of strengthening relations with the people building and visiting Maasvlakte 2 (around 100,000 people a year visit information centre FutureLand) and of reinforcing the relationship between the city and port by means of these projects.

Portscapes 2 is the follow-up to Portscapes, which was organised in 2009. Then, twelve Dutch and foreign artists were commissioned to respond to the construction of Maasvlakte 2. As construction work had only just started last year, the artists focused on the existing port area as well as on imagining the emergence of new land. This resulted in a series of fairly small projects, in which the focus switched between such aspects as the geology, cultural history or ecology of the area.

This provided an artistic tour d’horizon, which brought people into contact with the art works, the port and Maasvlakte 2, for instance during excursions. At the beginning of this year, a special three-month exhibition of all the works was held in Museum Boijmans Van Beuningen and a publication about the project was issued. Artists taking part included Lara Almarcequi, Jan Dibbets, Paulien Oltheten, Bik van der Pol, Hans Schabus, Jorge Satorre and Marjolijn Dijkman. 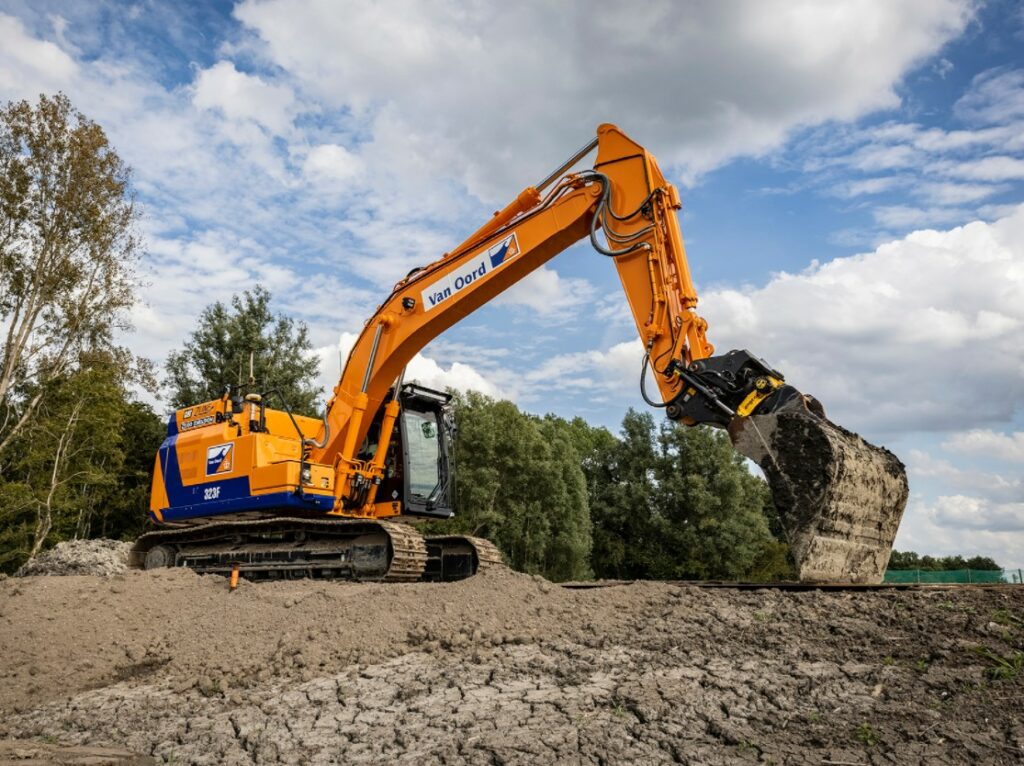