As a subsidiary of EPM, a nationwide company that provides public services such as phone, water, and electricity, CHEC focuses on providing electrical power to its customers.

Most commonly known for its coffee, Chinchiná is located in the state of Caldas in Colombia. The area relies on power generated from two dams that are fed by mountain rivers. Over time, the naturally occurring process has caused the dams to lose their capacity as sediment has filled in making the dams very shallow. In order to keep electrical services uninterrupted, CHEC has decided to dredge the dams to remove sediment and recover the dams’ volume.

After realizing the need to purchase their own dredge, CHEC performed a technical study of eight dredge manufacturers citing quality as their most important specification. Based on quality, price, and availability, CHEC opted to purchase a W&S 10” Wolverine class dredge from DSC Dredge LLC.

“Dredging the dams will generate jobs for the community, while improving the area’s landscape, recreational fishing, and most importantly the water’s quality”, states Julian Lopez Palacio, CHEC’s project manager of dredging operations. CHEC has already hired a dredge operator and expects an additional 9 direct jobs will be created as a result of the project. 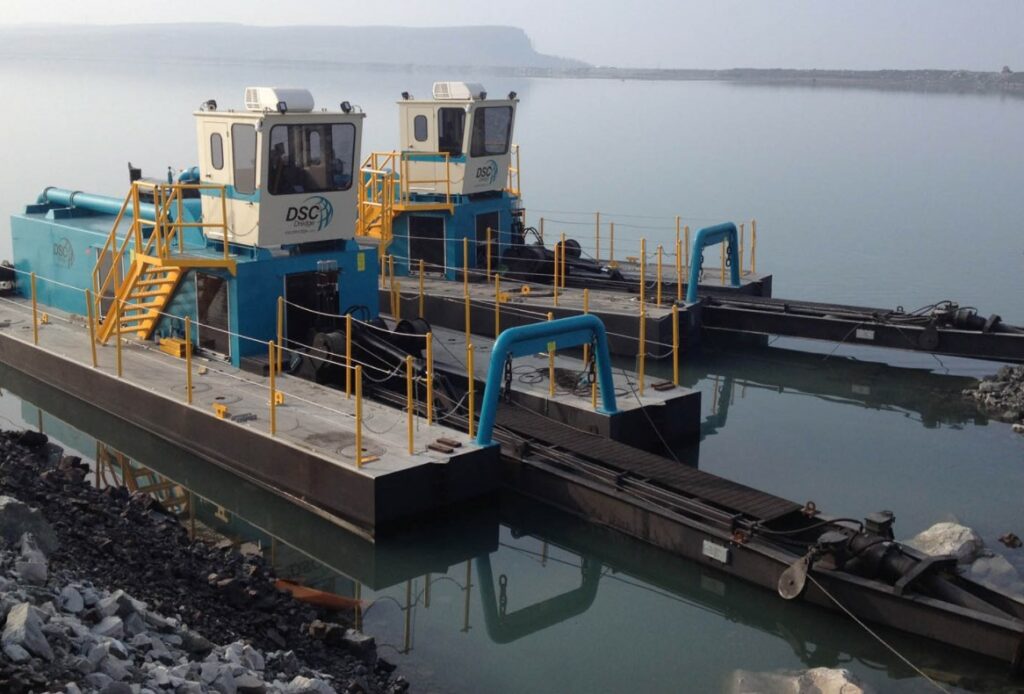