In only 90 days, Tideland Signal Limited has manufactured and supplied a total of 84 polyethylene buoys to guide navigation in the newly-dredged 63.5 km channel, which allows ships of up to 9m draft to reach Abu Dhabi’s expanding Mussafah Industrial City.

The channel has been dredged by the National Marine Dredging Company (NMDC) under a $409 million contract from the Abu Dhabi Urban Planning Council (UPC) and has involved the removal of 65 million cubic meters of soil, using the latest cutting and suction dredgers. At the entrance to the channel, three Tideland SB-285P buoys provide fairway and port and starboard marks, while 22 SB-138P buoys and a further 45 smaller SB-98P units are deployed along its length to indicate the channel’s port and starboard limits. The buoys were supplied complete with topmarks, radar reflectors, solar power arrays and sinkers as well as a total of 14 spare buoys, covering each type.

The Tideland SB-2200P, SB-285P and SB-98P are all rotationally moulded polyethylene buoys with a solid core of expanded polystyrene foam. Their innovative mould and fill manufacturing process prevents significant ingress of water in the event of a puncture. Before moulding, the polymer is compounded with UV inhibitors and pigment so that the wall thickness is evenly UV stabilised and colour is uniform throughout. As a result, painting is never necessary. In addition, the buoy is unsinkable, corrosion-resistant and resists marine growth.

The 200 metre-wide channel was begun at the end of 2008 and replaces a previous approach channel next to Abu Dhabi island that is now too small. The Mussafah industrial zone and the Industrial City of Abu Dhabi (ICAD) houses a number of heavy industries which required better access both for raw materials and export of finished goods. There is also a network of shallows and sandbanks making the approach difficult for ocean-going vessels. The national Maritime Dredging Company is 40%-owned by the Abu Dhabi government.

Approved to ISO 9001:2008, Tideland Signal Limited is a British-based member of the Tideland group of companies, which specializes in the design and manufacture of aids to marine navigation. The Tideland group is independently owned and has its headquarters in Houston, Texas. 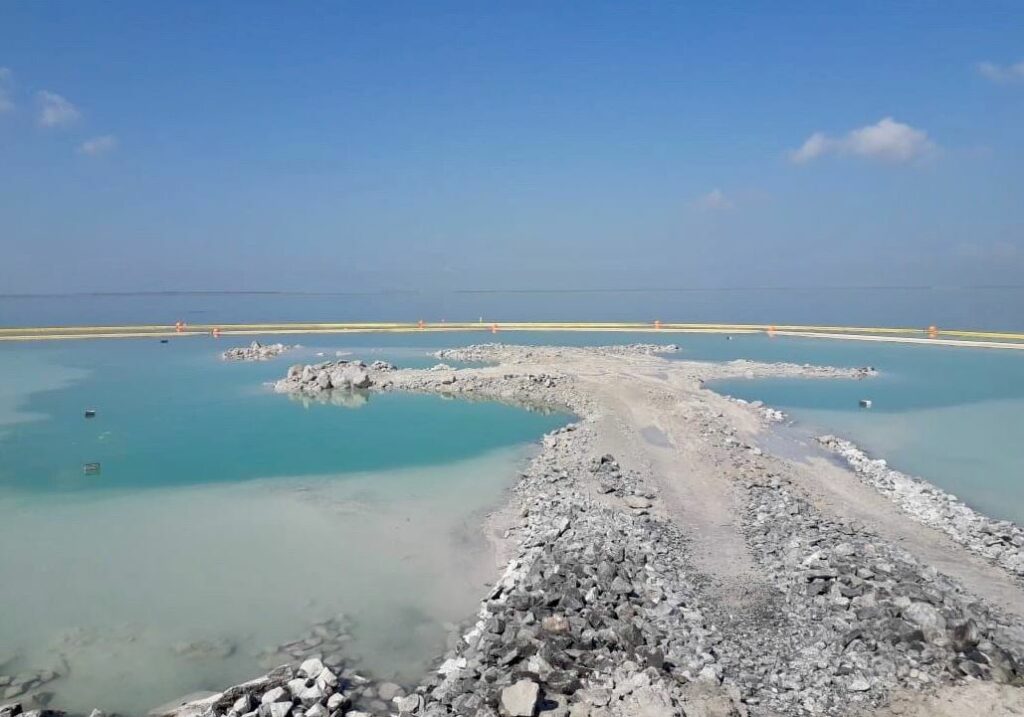