The Port of Oakland’s -50 Foot Harbor Deepening Project is set to receive $18 million in operations and maintenance from the U.S. Army Corps of Engineers’ fiscal year 2011 work plan, funding that is vital to the Port’s competitiveness. Oakland Board of Port Commissioners President James Head expressed the Port’s reaction to this good news, “We greatly appreciate that Congresswoman Barbara Lee and the entire Bay Area Congressional Delegation stepped up and helped the Port achieve this critical funding to keep the Oakland harbor navigable and safe for the efficient flow of commerce.”

“I am very pleased to have helped the Port of Oakland secure this critical federal funding to maintain its position as the premier gateway for international trade in the region,” said Congresswoman Barbara Lee. “As a major export seaport, maintaining Oakland’s channel supports President Obama’s National Export Initiative objective of doubling our exports by 2015, which is critical to our nation’s economic recovery and long-term competitiveness.”

The initial deepening to -50 from -42 feet represented a $433 million investment, with $243 million contributed by the federal government and $190 million contributed by the Port, and took ten years from planning to completion in late 2009. Once initially deepened, channels begin to silt in as currents shift unsettled material onto the harbor floor. Annual maintenance dredging is necessary for clearing this material out and keeping channels deep. The trend towards ever larger ships requiring deeper channels, which shows no signs of abating, makes maintenance dredging all the more critical.

Port of Oakland Executive Director Omar Benjamin said, “It is essential for the Port to be able to accommodate the ever-larger container ships that require a deeper harbor.” Benjamin added: “This type of public-private investment in partnership with the federal government helps the Port of Oakland create over 50,000 direct and indirect jobs in the region and support over 800,000 jobs across the country.”

About the Port of Oakland:

The Port of Oakland oversees the Oakland seaport, Oakland International Airport and 20 miles of waterfront. The Oakland seaport is the fifth busiest container port in the U.S.; Oakland International Airport offers over 130 daily flights; and the Port’s real estate includes commercial developments such as Jack London Square and hundreds of acres of public parks and conservation areas. 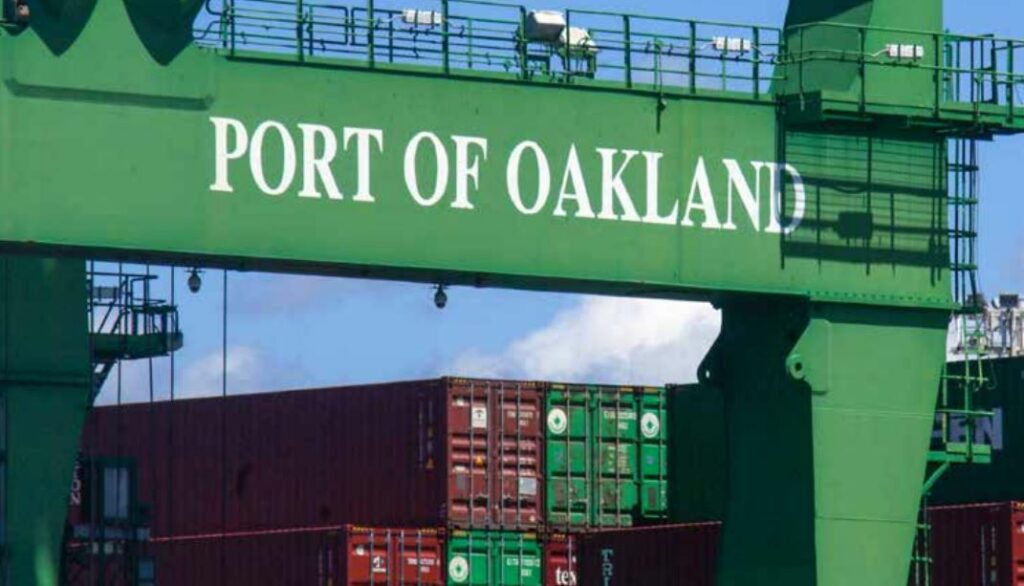