Demag Cranes has received an order for two Mobile Harbour Cranes from the Kenya Ports Authority (KPA). KPA is making this investment in line with the increase in capacity and modernisation of a terminal in the Port of Mombasa. Delivery of the cranes is planned for the second half of 2011. “The two Mobile Harbour Cranes operate flexibly and, in addition to general cargo, also handle containers”, says Abdullahi Samatar, Technical Services Manager at Kenya Ports Authority. “With this modernisation of our machinery, the cranes form an essential component in order to further increase productivity in the Port of Mombasa and develop the port into an even more efficient handling location. Since 2010 we have already been working with a Gottwald Mobile Harbour Crane, with which we have had wonderful experience.”

Having completed this business transaction successfully, Demag Cranes has further increased in its presence in Africa. In the past five years alone, for example, more than 50 Mobile Harbour Cranes have been supplied to the African continent.

The Gottwald HMK 170 E Mobile Harbour Crane is perfectly tailored to the local requirements of the terminal in Mombasa and guarantees the best possible mobility in the space available. HMK 170 E Mobile Harbour Cranes are favoured for use in terminals that are heavily frequented by feeder vessels, i.e. freight vessels specially suited to container and car transport. The all-purpose crane has a loading capacity of up to 63 tonnes and a maximum radius of 36 metres. Like all Gottwald Mobile Harbour Cranes, the crane is suited to handling containers and general cargo in addition to bulk material with motor grabs. In the four-rope-grab design, the HMK 170 EG Mobile Harbour Crane is designed for professional handling of bulk material and has a grab curve of 25 tonnes in A8 classification.

The Port of Mombasa is the only deep-sea port in Kenya and the largest facility of its type on the East African coast. In the past few years, the leading port in the region has profited greatly from the positive economic development in East Africa. In 2009, approximately 620,000 TEU were handled. With the second terminal completed in 2010, its handling capacity currently amounts to 1.2 million TEU per year. The two new HMK 170 E Mobile Harbour Cranes, used in addition to Gottwald crane Model 6 in the G HMK 6407 variant, will make their contribution to the increase in handling. An important criterion for the decision in favour of the Gottwald Cranes was also the local service centre in Dar es Salaam, Tanzania. Thanks to its proximity to the site of operation of the cranes this also guarantees short response times and, therefore, the best possible support.

The Demag Cranes Group is one of the world’s leading suppliers of industrial cranes and crane components, harbour cranes and terminal automation technology. Services, in particular maintenance and refurbishment, are another key element of the Group’s business activities. The Group is divided into the business segments Industrial Cranes, Port Technology and Services and has strong and well-established Demag and Gottwald brands. Demag Cranes sees its core competence in the development and construction of technically sophisticated cranes and hoists as well as automated transport and logistics systems in ports and terminals, the provision of services for these products and the manufacture of high-quality components.

As a global supplier, Demag Cranes manufactures in 16 countries on five continents and operates a worldwide sales and service network that is present in over 60 countries through its subsidiaries such as Demag Cranes & Components GmbH and Gottwald Port Technology GmbH, agencies and a joint venture. In financial year 2009/2010, the Group, with its 5,711 employees, generated revenue of EUR 931.3 million. Since August 2011, the Terex Group in the United States has held a majority share in the company. 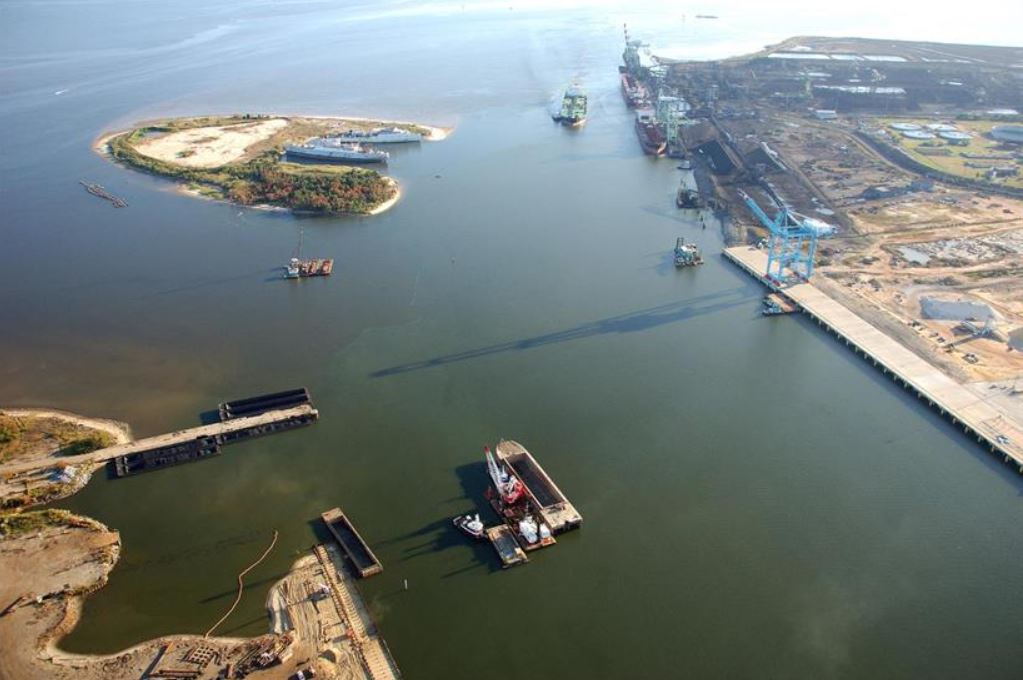