The Abu Dhabi Ports Company (ADPC) received last week a high profile delegation from Abu Dhabi Polymers Company (Borouge), a leading provider of innovative, value creating plastics solutions, who toured the Khalifa Port and its facilities as part of the two corporations’ efforts to strengthen bilateral ties and cooperation. Borouge delegation was introduced to the progress taking place at the multi-purpose Khalifa Port facility to fully understand the significance and importance of the Port’s operations.

Mr. Abdulaziz Alhajri, CEO of Abu Dhabi Polymers Company (Borouge) and his accompanied delegation were welcomed by Mr. Ashraf Al Kaznadar, Executive Vice President of Projects at ADPC, and Mr. Mohamed Al Shamisi, Vice President of Ports at ADPC, where they discussed the aspects of enhancing business coordination between Khalifa Port and Borouge.

The tour started off with a welcome reception at the site office and a presentation was delivered on Khalifa Port and Kizad’s (Khalifa Industrial Zone Abu Dhabi) developments highlighting the amenities, facilities, connectivity, processes and equipment being used. Afterwards, the delegation was invited to a site tour to the port island passing through the main onshore gate, warehouses and container terminal.

“We are delighted to share our most recent updates with one of our major stakeholders, Borouge, as we move ahead with the development of our projects,” says Mr. Al Shamisi. “Khalifa Port will accommodate Mina Zayed’s traffic as well as the new cargo generated by Kizad. It is set to become one of the biggest ports in the world when all phases are completed. With a project as important as Khalifa Port, all the connections and cooperation are highly welcomed and we hope to welcome more visitors like Borouge in the future.”

“We are pleased to strengthen our business relations with Khalifa Port as this significant cooperation would benefit the Port as well as Borouge who will be happy to use this facility that is close to our production plants in Ruwais to export our products to a wide range of customers all over the world,” says Mr. Alhajri.

In 2010, Borouge tripled its annual production capacity in Abu Dhabi to 2 million tonnes and it is currently expanding the capacity of its polyolefins operations at Ruwais to produce a total of 4.5 million tonnes per year by mid-2014 where a large proportion of these products will be exported to customers.

Borouge delegation also included Abdullah Khalifa Al Jaberi, Vice President Procurement at Borouge, and Saeed Al Badi, Deputy Vice President Supply Chain at Borouge, along with other team members who praised the great work being implemented in ADPC’s project and expressed interest in further collaboration with the entity in the near future. 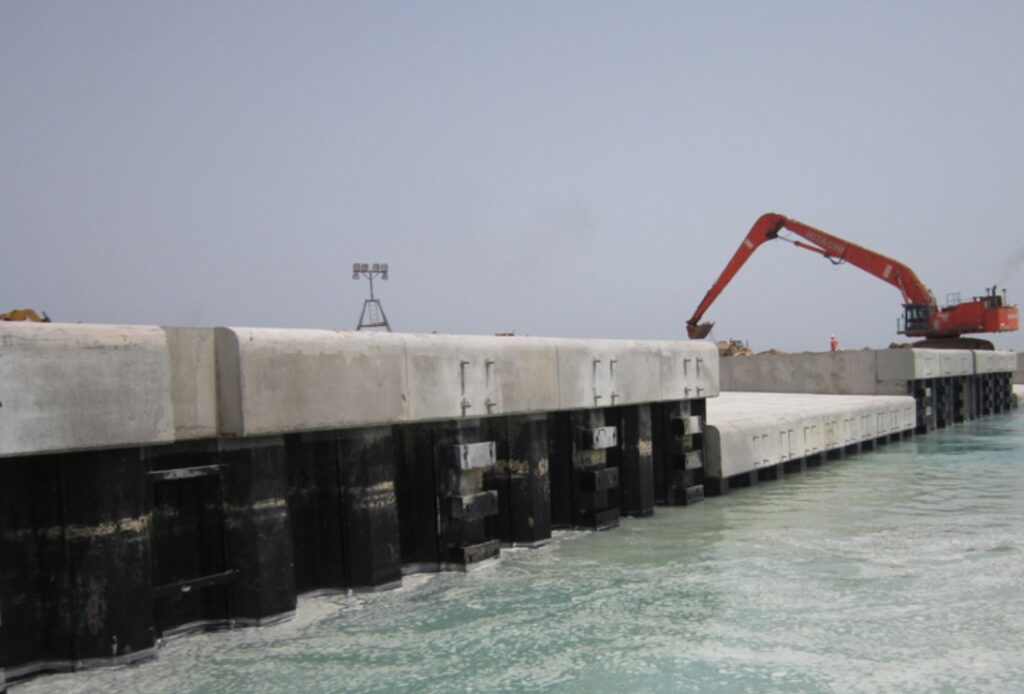