Marmon Utility, LLC is seeking a permit from the U.S. Army Corps of Engineers, New England District to conduct work in waters of the United States in conjunction with remediating streambank damages along Bladens River in Seymour, Conn.

Marmon Utility, LLC sustained significant streambank damages along the Bladens River during Hurricane Irene at its Keyrite facility in Seymour. This project seeks to permanently remediate those damages by reconstructing retaining walls and creating rip rap embankments where the pre-existing embankments failed.

The work includes the discharge of dredged or fill material in order to remediate storm related damages to the existing embankments following storm events from August 2011.

The Kerite facility is a campus located at 49 Day Street in Seymour along the Bladens River immediately downstream of the 19.5-foot-high Kerite Dam. During an Aug. 14, 2011 storm event flash flooding of the channel resulted in complete failure of two retaining walls and a gabion basket armored embankment, behind which, utilities were located. The failure of these embankments jeopardized those utilities as well as the safety of employees. Temporary rip rap was installed in order to stabilize the banks and prevent further damage, for which emergency authorization was granted. This project intends to permanently remediate the damages incurred during this storm and remove the interim protective measures.

The project will result in the permanent placement of approximately 12,000 square feet of rip rap below the ordinary high water mark. The application for the federal permit was filed with the Corps in compliance with Section 404 of the Clean Water Act, which regulates the discharge or fill of material in United States waters, including wetlands. 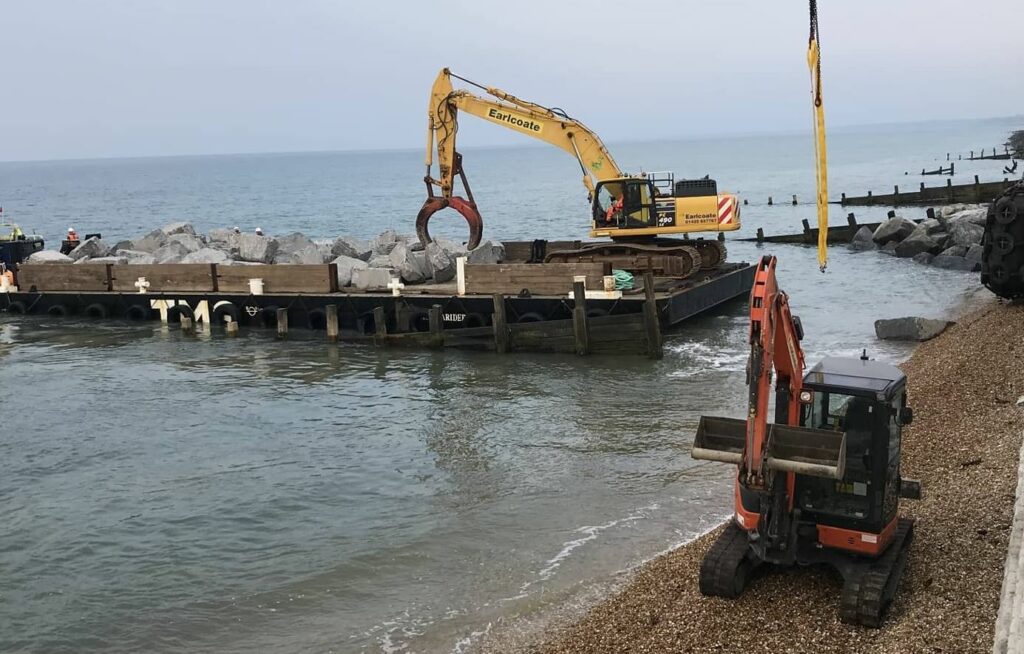