Advertisement
Back to overview
Home Dredging Today USA: Corps to Conduct EIS on Disposal of Dredge Material for AIWW

USA: Corps to Conduct EIS on Disposal of Dredge Material for AIWW

Officials with the Savannah District, U.S. Army Corps of Engineers announced today their intent to prepare an Environmental Impact Statement (EIS) to analyze the impacts of implementing a 20-year Dredged Materials Management Plan (DMMP) for the portion of the Atlantic Intracoastal Waterway (AIWW) between Port Royal Sound, S.C., and the Georgia-Florida state line.

The Savannah District has responsibility to maintain this 161-mile section of the AIWW to an authorized depth of 12 feet at mean low water. Dredging records for 1942-2011 show that, of the 36 defined reaches in this portion of the AIWW, 16 have a natural 12-foot or greater depth. These reaches required no dredging since the waterway was constructed in the 1940s. The other 20 reaches require periodic maintenance dredging. The southernmost reach of the AIWW in Georgia is maintained by the U.S. Navy for the Kings Bay Naval Submarine Base and will not be analyzed in this EIS. The EIS will examine impacts on natural and cultural environments in the vicinity surrounding dredging and disposal sites for the dredged material. Some methods of disposal may not be selected. Construction of disposal sites and dredging depend on funding by Congress. In the past, sediments dredged from the waterway were disposed of in a variety of ways, including open-water disposal, disposal into existing confined saltmarsh sites, and disposal into unconfined saltmarsh sites. State resource agencies have requested that the Corps discontinue disposal of fine-grained sediments (silt) into unconfined saltmarsh sites. The proposed new DMMP offers options for disposal of dredged sediments for each of the AIWW reaches. The Corps identified the following disposal alternatives for the reaches needing maintenance dredging:

• Continue disposal into unconfined saltmarsh sites for a small number of reaches that are dredged infrequently and where this would be less environmentally damaging than creating new confined DMCAs. 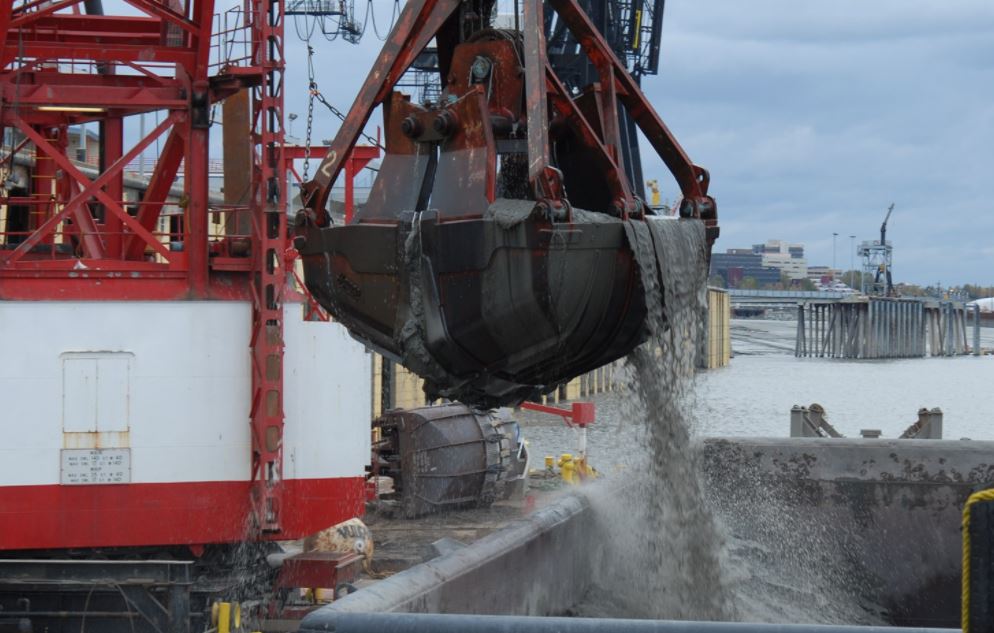