Extensive testing of sediment in Port Curtis has confirmed that dredging is not contributing to poor health of fish in Gladstone Harbour. The Director-General of the Department of Environment and Heritage Protection Andrew Chesterman released the results of sediment sampling from 31 sites in Port Curtis during February and March 2012.

“These results show that sediment in Port Curtis generally contains low amounts of contamination which means that dredging is not releasing contaminants into the waters at concentrations likely to cause environmental harm,” Mr Chesterman said.

“It is consistent with other studies on sediment in Port Curtis and surrounding areas over the past six years,” he said.

Sediment testing was carried out to determine whether disturbance of the sediment by dredging could release contaminants into the water that might affect marine life.

Tests have now been conducted on a total of 462 sediment samples from The Narrows in the north to Rods Bay in the south. Samples have been collected from sediment surface to a depth of more than 22 metres by a large number of research and consultancy organisations and the Queensland Government.

The sediment samples were analysed for hundreds of potential contaminants including 25 metals and metalloids, five different types of pesticides, 75 dioxins and 135 furans, 209 polychlorinated biphenyls (PCBs), the four BTEX constituents, 20 polycyclic aromatic hydrocarbons (PAHs) and the presence of petroleum hydrocarbons which comprise mixtures of numerous different chemicals.

The measured concentration of contaminants was then compared with trigger values – the limits in the Australian National Assessment Guidelines for Dredging.

“Of the 25 metals and metalloids, 23 did not exceed the guideline trigger values.

“There was one exceedance for mercury which, when re-sampled, was shown to be a one-off result. The report indicated that this one off exceedance was possibly due to a fragment of a discarded battery or other mercury containing rubbish being collected with the sample.”

An exceedance of a trigger value does not imply that the sediments are necessarily toxic, but only that further investigation is necessary to determine if they will cause harmful environmental effects.

There were no detectable BTEX chemicals, no pesticides and no Aroclor PCBs. There were no exceedances of PAH trigger values and most were not detected.

Tests for dioxins and dioxin-like chemicals showed that while some were present the concentrations in Port Curtis sediments were consistent with what have been found by the National Dioxin Program in urban and industrial locations elsewhere in Australia.

“Overall, the series of investigations show that the contaminants found in Gladstone waterways are what you would expect to find in any industrialised or urban environment.

“The contaminants were at such low concentrations compared with other locations, such as parts of Sydney Harbour, that are considered “contaminated” that we can safely say dredging is unlikely to be releasing chemicals into the waterways.”

The sediment testing, as part of the expanded Gladstone Harbour Investigation program, was carried out in line with recommendations by the Gladstone Fish Health Scientific Advisory Panel to assess whether there was any pattern in sediment quality which could be the cause of or contribute to the cause of fish ill-health. 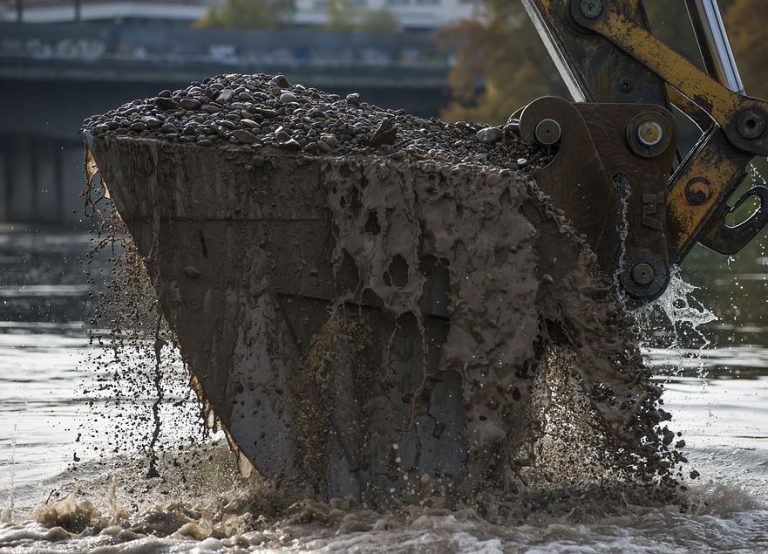