A ceremony has been held at Khalifa Port to mark one hundred days to go before the official launch of the high-technology Port and Khalifa Industrial Zone Abu Dhabi (Kizad), destined to grow into one of the largest industrial projects in the world.

ADPC CEO Tony Douglas addressed more than two hundred colleagues, gathered in a marquee on the port island, as latest tests on crane equipment neared the end of a concentrated 24 hour long trial: “This is a historic milestone for ADPC. The launch day on September 1st is in sight and we are on track and 100% confident of finishing ahead of schedule”.

The CEO invited colleagues and stakeholders to the semi-automated container terminal on September the first to witness the formal unloading of the historic container ship from 0700 that day. Mr Douglas said: “I know that it will be an early start but it will be an exciting and joyful occasion. We will have reached the end of the marathon.”

“The countdown began with 748 days to go. The last 648 days have flown by. The progress we have made is extremely impressive, and my thanks go to everyone involved.”

Ashraf Al Khaznadar, EVP Projects, underlined his team’s commitment to completing the job: “More than anyone, we know how tough the final few stages are going to be, but we are on target to get there, and to see it all through. The Go-Live team is busy trialling and testing what we have built, and their feedback is very positive. Team spirit is unbelievable.”

Earlier, ADPC Chairman Dr Sultan Al Jaber, praised ADPC’s work on the megaproject in a special message to all company staff: “We will shortly become an organisation that has the privilege of fully opening one of the world’s most technically advanced ports. We will also offer tenants access to our transformational industrial zone, Kizad, destined to grow into one of the largest ones in the world.”

“ADPC should be proud of the enormous achievements which it has made on the project. Together, Khalifa Port and Kizad have truly become one of the world’s greatest feats of modern engineering.”

“I have little doubt that the next hundred days will prove to be more than challenging and will require our continued dedication and focus. I urge everyone connected with ADPC to join together in the final and most vital push of all to ensure our smooth completion. I am delighted to reconfirm that we are on track, and indeed, ahead of schedule.” 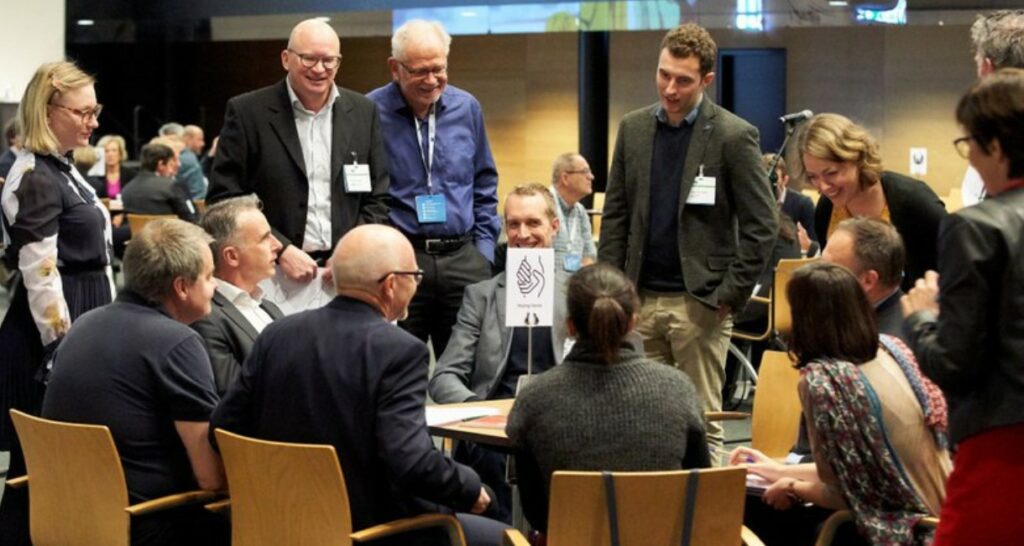