Scientists in the Habitat Research Group (HRG) are conducting studies to identify the essential habitats of eastern Bering Sea species. This includes work to identify suitable predictor variables for quantitative habitat models and to develop tools to map the variables over very large areas.

Abundance estimates from annual bottom trawl surveys are being combined with synoptic environmental data to produce basin-scale continuous-value habitat models that are objective and have quantifiable uncertainty. The resulting quantitative relationships not only satisfy the Congressional mandate to identify and describe essential fish habitat (EFH), they may also be used to gauge the effects of fishing-gear disturbances, to enhance fish-stock assessments, and to predict the redistribution of species as a result of environmental change.

The broad geographic scope of EFH studies requires a very efficient process for acquiring high-quality environmental data. Previous research by the HRG indicates that seafloor sediments affect the distribution and abundance of eastern Bering Sea groundfish, but also reveals that synoptic sampling with bottom grabs it impractical. Subsequent research has shown that acoustic characterization of the seafloor provides useful data for the habitat models, but conventional sonars may still require an inordinate amount of time to sample large areas.

The Klein 7180 long-range side scan sonar (LRSSS) is new technology that was purpose-built for the fish-habit research. It is distinguished from all other sonar system by its ability to collect fully adjusted quantitative information about seafloor characteristics and is thus ideally suited for modeling applications. The very large swath coverage (to 1.0 km) and high maximum tow speed (12 kts) of the LRSSS greatly increase the efficiency of survey operations, thereby reducing costs and the time required to complete missions.

The broad swath coverage of the integrated bathymetric subsystem may also improve the efficiency of hydrographic reconnaissance in the Arctic and could be a safer alternative to launch-based surveying in nearshore areas.

One of the two LRSSS systems used by the HRG was recently upgraded to improve performance and the quality of data produced for EFH characterization and mapping.

Most importantly, the system now provides calibrated backscatter across the entire survey area. This is accomplished with an innovative ”cascade calibration” that uses overlapping swaths of data to transfer the calibrated backscatter from a simple downward-looking sonar (altimeter) to the other acoustic subsystems covering the nadir (under the towfish) and the outlying side-scan regions. This Mills-cross type altimeter is easily removed for tank calibration and can then be readily reinstalled in a fixed position as needed for periodic recalibration of the LRSSS system. Bathymetric data from the LRSSS are used to produce a digital elevation model that is the basis for one form of backscatter correction.

The improved LRSSS now acquires these data using the process of interferometry, as opposed to a more complex solution based on an integrated multibeam echosounder.

Both the original and improved systems also acquire calibrated 38-kHz single-beam backscatter and basic water-quality measurements (chlorophyll-a, concentrations of dissolved organic matter, and turbidity) while acquiring the primary backscatter (180 kHz) and bathymetry data. These ancillary data are being investigated for use in the next generation of our eastern Bering Sea habitat models.

The improved LRSSS was tested 24-30 March during sea trials conducted in Port Madison, Puget Sound, Washington, on the US Navy vessel USNV Battle Point YTT-10. During the sea trials, performance expectations were confirmed, system characteristics such as pitch, roll, and yaw offsets were measured, and operator training was provided by a system engineer with the LRSSS manufacturer. Groundtruthing devices that the HRG use to interpret acoustic backscatter were also exercised as part of the preparations for a major Bering Sea cruise this summer on the NOAA ship Fairweather.

This project will compare the cost-benefit of the LRSSS with more conventional sonars, including two hull-mounted hydrographic-quality multibeam echosounders and another high-resolution side scan sonar system. Although primarily a scientific experiment, the FISHPAC project will also provide hydrographic-quality bathymetric data to the NOAA Pacific Hydrographic Branch for updating nautical charts in areas with out data or non-existent information. Strategic partnering is an important element of this Integrated Ocean and Coastal Mapping (IOCM) project involving three branches of NOAA (National Marine Fisheries Serivce, Office of Marine and Aviation Operations, and National Ocean Service), with significant technical support provided by the Naval Undersea Warfare Center Division Keyport, L-3 Communications Klein Associates, and Dr. Lloyd Huff, a private consultant to the HRG and design authority for the improved LRSSS. 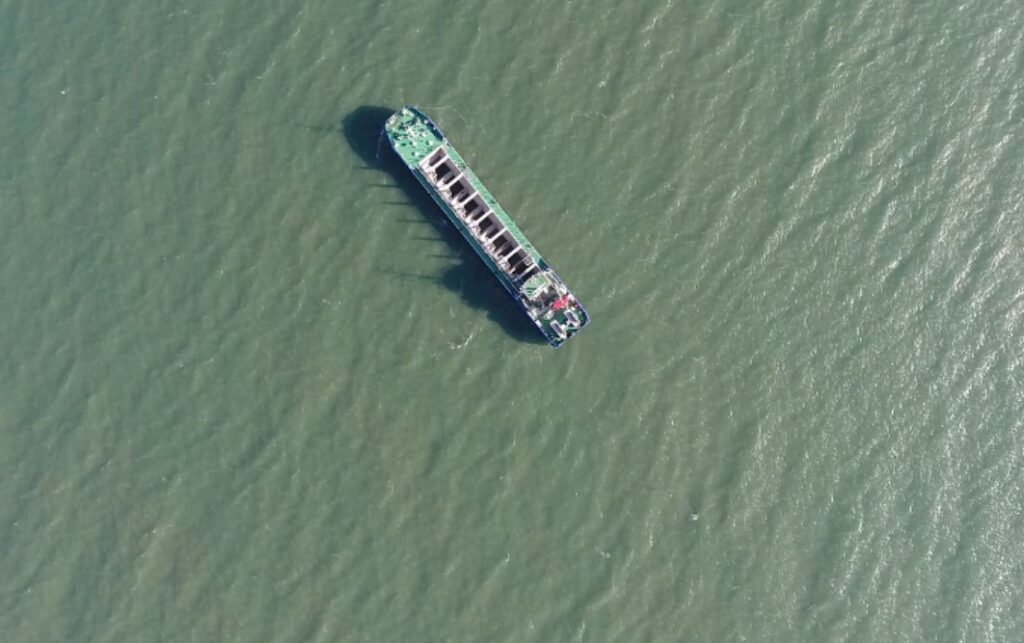