In a  meeting the board of creditors decided on solutions involving industrial partners.

The individual offers for the three companies of the Sietas Group are higher in total than the overall offer submitted and also offer greater security for the future, since they involve strategic investors, i.e. companies from the shipbuilding industry.

Amongst the individual offers, the board of creditors voted in favour of Norderwerft for the Lürssen Gruppe (Bremen) as it was the highest bidder. For Neuenfelder Maschinenfabrik (NMF) the board has entrusted insolvency lawyer Berthold Brinkmann with the job of holding final negotiations with two bidders in parallel.

Berthold Brinkmann explains the significance of these sales: “In total we are generating a sum in the double-digit millions from the assets of Norderwerft and the sale of the Sietas Werft docks located at Norderwerft. We will also generate a sum in the double-digit millions from the trading portion of NMF. At both companies, all employees will be kept on. Furthermore, the Lürssen Gruppe has already declared that it will take on up to 40 workers from Sietas Werft if there are redundancies there to join the total of 94 at Norderwerft. At NMF all 134 workers will be kept on.”

An offer is on the table for Sietas Werft from the VeKa Group (Netherlands).

Berthold Brinkmann has declared that he aims to preserve as many jobs as possible: “After thorough consultation, the board of creditors has announced that it will contribute to the costs of maintenance and modernisation at Sietas Werft, since there would otherwise be considerable procedural costs for a necessary transfer company and redundancy notice for employees.” Of the existing 400 jobs at Sietas Werft, a minimum of 300 can be preserved thanks to the current order situation. If further orders come in this figure could rise. The company employs an additional 30 trainees.

Insolvency lawyer Brinkmann was given the task of carrying out final negotiations with the VeKa Group by the board of creditors.

Brinkmann’s time plan provides for all final negotiations to be concluded promptly, if possible within four weeks.

Hamburg’s Senator for Economy Frank Horch welcomes the decision by the board of creditors: “The choice of strategic investors is positive for the workers at the Sietas Group and is a boost to Hamburg as a location for business. I am confident that the final negotiations with bidders will be concluded successfully.”

Sietas Werft is currently producing the very first installation vessel for offshore wind farms to be designed and built in Germany, whose dock assembly begins in August 2012 (delivery 2013). The customer is the renowned marine engineering company Van Oord. Sietas Werft has recently been informed that Van Oord is ready to negotiate an order for the construction of a second installation vessel. There is also the possibility of building further specialist ships for the Dutch company at Sietas Werft. 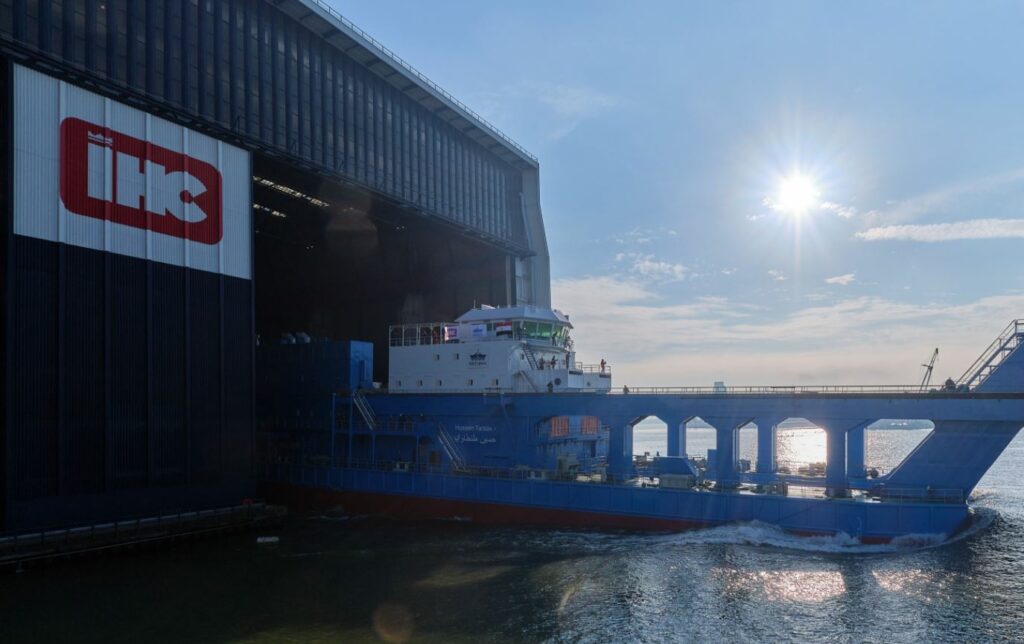