ANGUS Council has agreed to deal with the dredging of Arbroath Harbour as a matter of urgency, reports arbroathherald.

This work was entrusted to Open Water Dredging.

Funding of the Arbroath Harbour dredging project is still uncertain.

“Well that’s the thing. We’re really not too sure whether we’ll be successful or not. It’s just important to get the harbour dredged as soon as possible.”,says Councillor Mairi Evans.

Historically, Angus Council has dredged the harbour at Arbroath and navigation channel annually at a cost of circa £40,000. This work has been carried out for the last 6 years by the Shearwater, a dredger owned by Moray Council.

The contract wijth Moray Council ended in December 2010. In 2011, in accordance with the council’s Financial Regulations, the Head of Roads invited prospective contractors to tender for a new three year dredging contract.

The silt levels in the harbour are subject to regular monitoring and an accumulation has built up at the entrance of the outer harbour creating access problems.

Most critically, this accumulation has now reached the extent that prevents the RNLI life boat from launching  from the slipway at low spring tide. The mechanism for the deposition of sediment at this part of the harbour is complex and has not to date been subject to comprehensive study, however, it is tentatively suggested that fine sediment is brought into the harbour in suspension from the open sea whereupon it settles in the sheltered conditions of the outer harbour. It is conjectured that this material is then reworked by tidal currents and accumulates around the entrance to the outer harbour and the bottom of the RNLI slipway. Works are now required to address this accumulation of approximately 3,000 m3 of sandy silt and Roads Division officers have investigated and considered possible short term solutions. 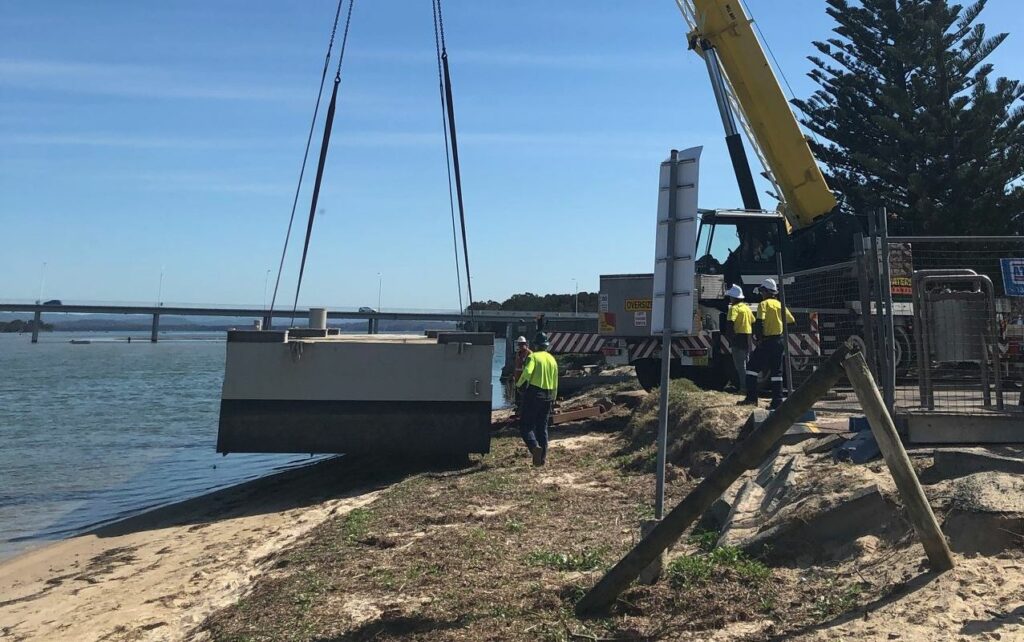