Following its sister vessel in 2009, the vessel Joseph Plateau was launched today at the Spanish shipyard Construcciones Navales de Norte in Sestao.

The godmother of the ship, Ms. Ann-Sophie Meuleman, daughter of Mrs. Isabelle De Sadeleer and niece of Mr. De Nul, cut the ribbon holding the traditional bottle, wishing the vessel and its crew a safe and prosperous journey. The bottle crashed, and accompanied by the sound of the horns of nearby vessels in the harbour, the ‘Joseph Plateau’ slid into the water.

The vessel will be delivered beginning 2013 and a first project is already ensured. 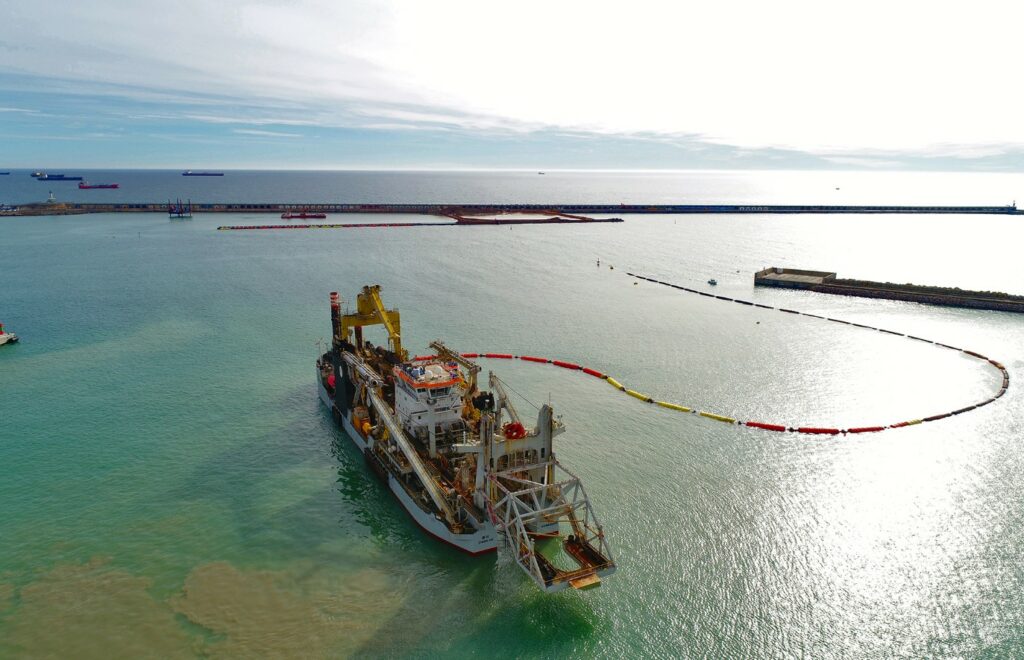