The city of Salem is seeking a permit from the U.S. Army Corps of Engineers, New England District to conduct work in waters of the United States in conjunction with continued work on a water transportation terminal and dredge material disposal in Salem, Mass.

The city of Salem proposes to continue to construct a multi-use water transportation facility in the Salem Harbor Designated Port Area in multiple phases. The project was initially permitted by the Corps of Engineers on Nov. 20, 2009. However, since the project involves the disposal of dredged material in ocean waters, the Corps only has authority to issue permits for up to three years. Phase 1 of the project, which is already under construction but for which the Corps of Engineers authorization will expire in late fall 2012, involves the construction of a water transportation terminal and associated dredging.

The proposed work includes construction of a fixed steel pile-supported pier totaling 17,210 square feet and other work. The project includes dredging of 65,530 cubic yards of sediment from a 211,950-square-foot area. Dredged material disposal would occur at the Massachusetts Bay Disposal Site.

Only a portion of the work authorized in 2009 has been completed or is anticipated to be completed by Nov. 19, 2012. This work includes the construction of approximately 500 linear feet of seawall. A small portion of dredging is scheduled to be completed near the end of August and a larger portion of dredging is scheduled from October 2012 through January 2013. The city of Salem anticipates needing an additional three years to complete the work. Because time extensions cannot be authorized for permits with open water disposal under Section 103 of the Marine Protection, Research and Sanctuaries Act, a new permit review is required.

The proposed work in Salem Harbor is at 10 Blaney Street in Salem. The proposed dredging would affect approximately 211,950 square feet of Essential Fish Habitat (EFH). An EFH assessment was transmitted to the National Marine Fisheries Service (NMFS) on March 16, 2009. On April 2, 2009, NMFS provided recommendations that included no dredging between Feb. 15 and June 30 of any year, a maximum dredge depth of –16 feet mean low water, and installation of a wave fence a minimum of five feet off the harbor bottom. These conservation recommendations were incorporated into the Corps’ Department of Army permit issued on Nov. 20, 2009, as special conditions. The Corps will include these conservation recommendations if a decision to issue a permit for the proposed work is reached.

The application for the federal permit was filed by the city of Salem with the Corps in compliance with Section 10 of the Rivers and Harbors Act, which provides for federal regulation of any work in, or affecting navigable waters of the United States; and with Section 103 of the Marine Protection, Research and Sanctuaries Act, which provides for federal regulation of transportation of dredged material for the purpose of disposal in the ocean. 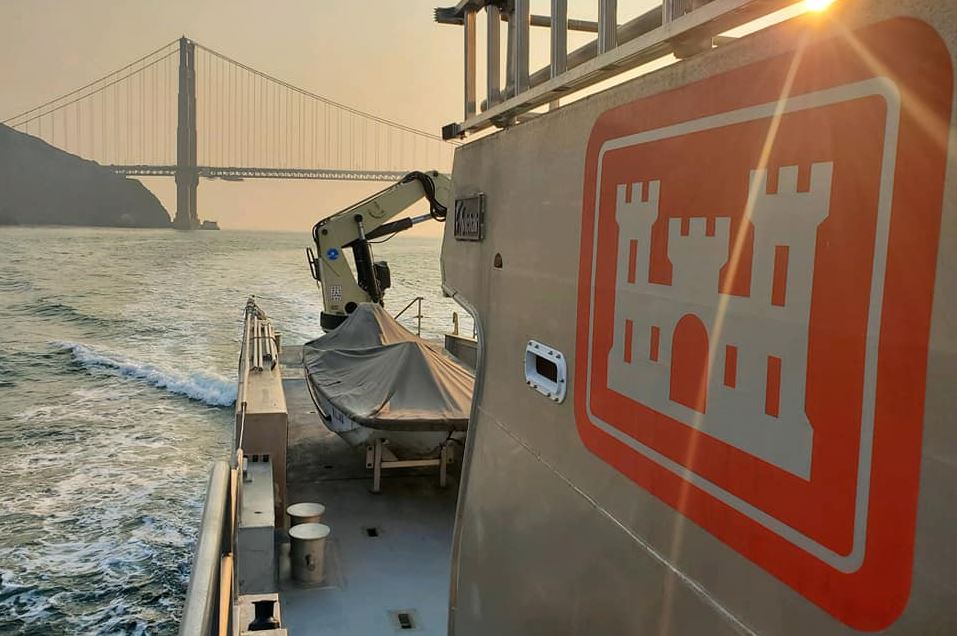